The Top 10 Guitar Rock Albums Of All Time 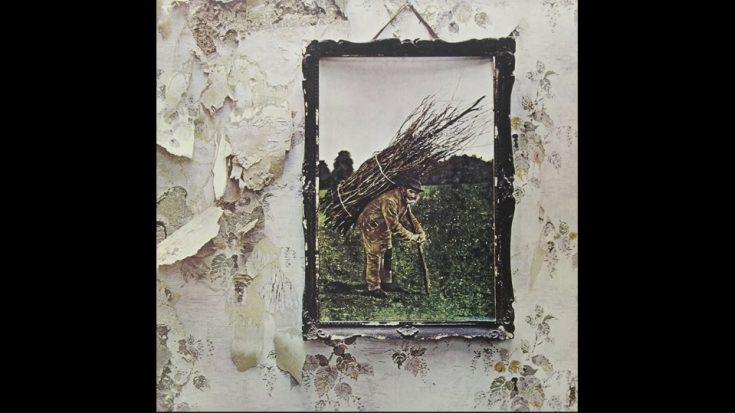 Nothing beats a good ole’ rock LP or EP when you’re cruising down the interstate with the windows down and the wind in your hair. Ah, better days. Days where rock was as authentic as the drugs, hair, sex, and sense of freedom. While those times are long gone now, it doesn’t mean we can’t look back to those golden days of that guitar-driven sound. Here are some of the greatest guitar rock albums of all time, for your consumption.

Who in their right minds would forget this album? Led Zeppelin’s most successful catalog contains classics such as the medieval themed “Stairway To Heaven”, the dynamic “Rock and Roll”, and the call-and-response magic of “Black Dog”. This hard-rocking record was testament to the collective songwriting genius of Led Zeppelin.

Are You Experienced? – The Jimi Hendrix Experience (1967)

Jimi’s trio venture birthed one of his most coveted recordings in the history of rock. “Foxy Lady” features a delicious tremolo intro with a dominant jazz and rhythm and blues chord progression, while “Third Rock From The Sun” features both jazz and blues influence that fuel the distinct Hendrix sound that’s recognizable from miles away.

One of the greatest heavy metal influences of all time, Black Sabbath’s Paranoid laid down the framework for that rich, guitar-centric sound known throughout the industry. The title track, “Iron Man”, and “War Pigs” defined what it meant to be a heavy metal band. Iommi’s guitar work is phenomenal, and achieves it with his signature lowered tuning, perfect for that brooding register he plays.

Concept albums are hard to come up and maintain, especially for those who couldn’t keep up with its thematic demands. But Pink Floyd managed to flawlessly stitch together a fluid procession of tracks that focused on the grim realities of life. “Time”, “The Great Gig In The Sky”, and “Us And Them” stand out from the recording due to them  being distinct jams in themselves, an ethereal conclusion of sounds that are carefully woven to fit the album’s narrative.

AC/DC’s attempt at redemption came with the album Back In Black. After former vocalist Bon Scott’s death, Brian Johnson was brought aboard to fill the void. Staying true to the signature hard rock sound, with obvious heavy metal influences, tracks such as “Hell’s Bells” and the title track proved to appeal to the masses well, and with a fun rocker in “You Shook Me All Night Long”, AC/DC saw success once again, fueled by passion to honor their late friend.

Before Van Halen dove to dysfunctionality with internal rifts, the debut album Van Halen proved to be one of their most successful ventures. Eddie Van Halen’s pure technical prowess and virtuosity provided the catalog its signature hard rocking tracks with fiery solo passages, especially with “Eruption” and “Runnin’ With The Devil”.

Working with the remnants of Pete Townshend’s supposed rock opera Lifehouse, Who’s Next was successfully brought over without the intricate story of the canceled project. Garnering critical acclaim with its fuller ensemble which was lacking from previous albums, Who’s Next gave birth to “Baba O’Riley”, “The Song Is Over”,  and “Won’t Get Fooled Again” which became rock staples in one way or another.

It took six albums for Deep Purple to craft the wildly popular “Smoke On The Water”, which is probably the most covered rock song of all time. The signature grit and countering synth usage became the sound Deep Purple was known for. Other underrated tracks from the album include “Highway Star” and “Pictures Of Home” deserve as much attention as the most famed track of the catalog.

Metallica’s master record, became one of heavy metal’s staple albums, with high-speed guitar work and face melting riffs courtesy of the Hammett-Hetfield duo. The album was so influential it gained the privilege to have the preservation treatment in the National Recording Registry of the US Library of Congress. The title track’s commentary on drugs destroying lives is paired with an electric arrangement that pretty much defined Metallica’s signature sound for years to come.

The explosive debut catalog from the then-neophyte Guns N’ Roses became a revolutionary album that rocked the dying scene of the 80’s. Unrestrained, dirty and gritty sound became the trump card of the new band, with a fresh hard rock sound courtesy of prodigy Slash, who became an icon himself, with his signature Les Paul, curls, and top hat get-up. Never had an album revitalized the sickly rock scene like AFD, which became the band’s most successful venture in their 3 decade-long career.