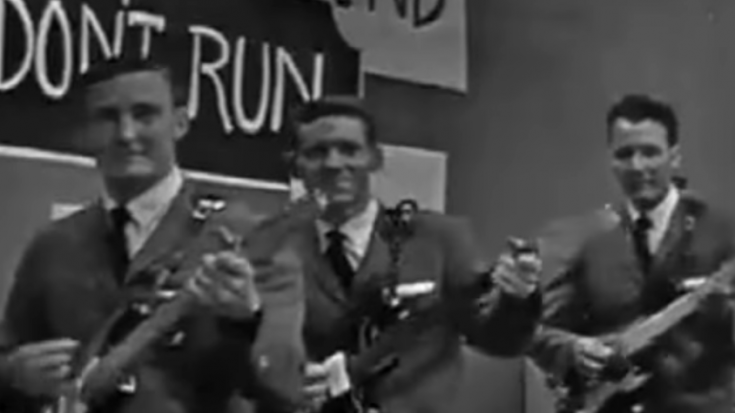 If there’s one common denominator for most artists, regardless of genre, it is that they put in a lot of effort into writing lyrics to accompany their music. This formula has been proven and tested to appeal to most listeners and is the reason why it is applied to almost every generation of artists and their craft. But what about purely instrumental music? Surely, it must be more challenging trying to convey all of one’s intent into pure music, right? With that, let’s dig deep into acclaimed instrumental rockers, The Ventures, along with their best songs and riffs.

“Telstar” – The Ventures Play Telstar and The Lonely Bull (1963)

While The Tornados were major pioneers in the instrumental scene with the help of composer Joe Meek, The Ventures’ rendition of “Telstar” was the one that made a mark in the musical scene. They added fuel to the fire of the space-age instrumentation and were truly one of the most eye-opening instrumental rock bands around.

Another great homage to the space age is “The Bat”, where the band goes all out in their quest for sonic exploration. The guitar effects used in the song are as synthetic as they are guttural, while the riff Nokie Edwards put into it is one that can be heard in succeeding bands, most notably The Who.

While grunge would only spawn and see widespread popularity three decades later, The Ventures did touch on the subject, perfectly represented by “The 2000 Pound Bee”. The song makes good use of the fuzz pedal to helm the onset of guitar rock in the ’60s.

Edwards joined the band in the 1960 carrying the bass and recorded the Johnny Smith composition in a jiffy. In 1964, however, he had traded roles with Bob Bogle, who was originally in charge of lead work and did an updated version of “Walk Dont Run”, this time seeing more surf quality in the execution.

The Lively Ones made their own version of “Surf Rider” which appealed to the masses, partly thanks to its inclusion in Quentin Tarantino’s “Pulp Fiction”. The Ventures have a heavier, brooding number on this as the sax is omitted for a Middle Ages style of riffing.

Who said classical can’t rock? The advantage of The Ventures’ musical brand is that they can break language barriers easily, as “Rap City” comes from German lineage. It is based off “Hungarian Dance No.5” by Johannes Brahms, where the band made good use of their effects to drive the progression with such conviction.

Edwards was vital in giving “Steel Guitar Rag” its country twang, as he was well-versed in the craft from his time with Buck Owens. The song was the perfect canvas for Edwards to bring out the tinge of Western in their sound.

While The Ventures were most known for their surf sound, they certainly didn’t waste the potential of good old guitar-driven rock with the likes of “The Caravan”. The primal instinct of Edwards and Wilson on their guitars elevate the song to whole new levels.

While The Jim Croce Songbook was a sleepy reimaigining of the legend’s song for the most part, The Ventures gave “Speedball Trucker” its dues by incorporating the “Surf Rider” rhythm progression onto its main run and added sitar and piano parts to breathe multi-dimensional life into the Croce original.

Punk and New Wave were dominating the rock scene by the late ’80s but this didn’t stop The Ventures from dishing out some of their most era-fitting works, including the ska-inspired “Ginza Ska” from 1987’s Radical Guitars.