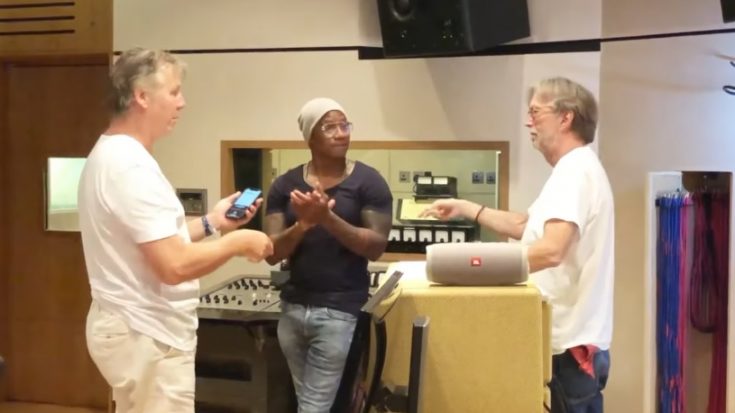 Famed Cuban percussionist Pedrito Martinez has released a lyric video for his cover of Eric Clapton’s 1988 song, “My Father’s Eyes”, joined by no other than Clapton himself.

Martinez’s rendition of the Clapton classic turns the immaculate bluesy song into a fun, exuberant track thanks to its revamped arrangement that has tons of drums, piano, horns, and Clapton’s signature guitar licks. But despite the transformative process, the percussionist applied to the song, it still stays true to the original intent and feel of the real deal as he shares vocals with Clapton as they sing the lyrics: “Then the jagged edge appears/To the distant clouds of tears/I’m like a bridge that was washed away/My foundations were made of clay.”

This new lyric video of Martinez for “My Father’s Eyes” features clips takes during the two musicians’ 2019 recording sessions along with two sets at the 2019 Crossroads Guitar Festival, where Martinez joined Clapton as a special guest. Moreover, appearances from other Clapton collaborators such as drummer Steve Gadd are in the video, along with newly-recorded contributions from other musicians such as Sebastian Natal, Yeissonn Villammar, and percussionists Jhair Sala and Manuel Marquez.