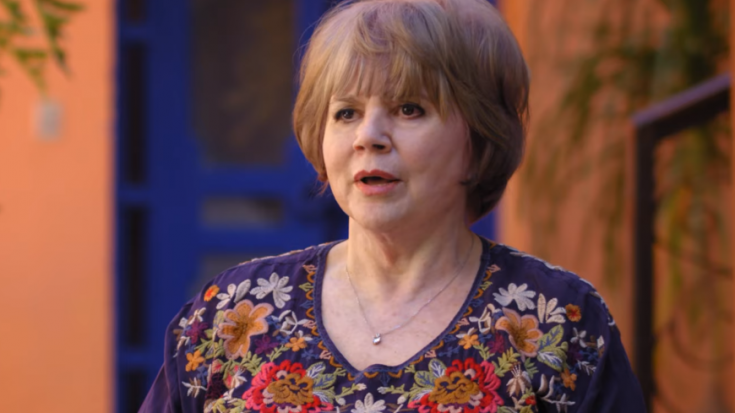 Linda Ronstadt in the trailer for her new documentary, Linda and the Mockingbirds - PCH Films / Youtube

Critically-acclaimed rocker Linda Ronstadt will star in another documentary – just a year after her appearance in The Sound of My Voice. The new film, titled Linda and the Mockingbirds, is directed by James Keach and details her 2019 visit to Mexico with Jackson Browne and the students of Los Cenzontles Cultural Arts Academy.

In the new trailer, the party goes on a bus ride from the Bay Area to Mexico. Due to Ronstadt’s health conditions, she has to lie down for the duration of the ride. “That’s another reason for the bus. My back can’t take sitting. I had to be as horizontal as possible,” she said in a phone call with Rolling Stone.

They visited the small town of Banamachi in Sonora, where Ronstadt’s grandfather grew up. “It’s a beautiful, idyllic little town right in the middle of cow country,” she said. “It was a culture that didn’t have electricity until very recently. It’s right next to the river that has the most fertile soil in all of Mexico. The fruit that comes out of there is fantastic. The food traditions are food traditions that I grew up with. It’s really delicious.”

Browne, who has worked with Los Cenzontles in the past, also tagged along. “The kids love him. He’s a natural teacher and muse,” said Ronstadt. She first encountered Los Cenzontles in the early ’90s and has continued to support it ever since. “They were playing music on the street. They were playing so well that they stopped me in my tracks.” In the trailer, Browne can be seen saying, “Look, if Linda Ronstadt invites you to go to Mexico, I don’t need any more than that. Let’s go!”

Quarantine has made Ronstadt productive in reading and painting, saying, “My life has changed very little. I know a lot of other people’s lives have changed profoundly. I go out sometimes, but not to restaurants or concerts or anything like that. I’m very careful about who I have in. It’s hard to live in a vacuum.”

TV and film have gotten a good chunk of her attention as well, especially the new Netflix documentary, Social Dilemma, which talks about social media’s effects on society. “It made me feel like things are hopeless, like we’re heading into an authoritarian government internationally,” Ronstadt commented. “I don’t know if we can stop it, but we have to go down fighting. The QAnon people and the Minutemen at the border will be fighting it tooth and nail. Even if we get a good president, they won’t allow him to govern, just like they did with Obama.”

Her documentary Linda And The Mockingbirds will be released alongside US President Donald Trump’s efforts to build a wall between America and Mexico in the midst of his anti-immigrant campaign as elections slowly draw nearer. “It will make people aware of what they’re discriminating against so vigorously. Anti-Mexican discrimination has been one of the main planks in the platform of Donald Trump. It’s one of the things that got people energized. It was like, ‘We aren’t going to let these people in here. They’ll get something for nothing and they’re going to take away our jobs.’ It’s a total myth that they impact the economy in a negative way. They’re actually adding to the economy tremendously,” Ronstadt says of the film.