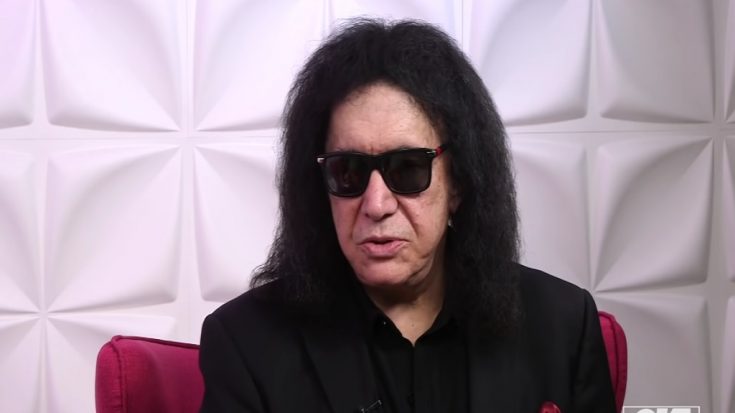 Gene Simmons is close with the Van Halen brothers, Alex and Eddie. While KISS were having massive success in the 1970s with multiple hit songs and sold-out concert tours, Van Halen was still searching for their place in the rock and roll world.

With that, Simmons saw vast potential with the band that even went far as to Simmons agreeing that the band could be signed to KISS’s label; however, not everything went as neatly as planned. Gene pushed to get the band to sign contracts, but he soon realized he couldn’t handle both their management and his rock star obligations.

Gene had spent enough time with the Van Halen brothers by this point to feel comfortable shifting his focus back to KISS, and he and the brothers maintained regular touch. After that, Van Halen got signed to a label and started making music that would eventually make them famous.

By the time 1970 ended, KISS had returned from their historic tour of Japan. As a songwriter, Simmons wanted to demo some new material upon his return, so he called in the brothers he used to adore for some studio assistance. He reached out to Eddie and Alex, and they played off one another, traded songs, and started a record.

Simmons revealed the three songs the trio wrote together in a 2017 interview.

I had a batch of new songs I had written, and usually, I go in by myself or whoever was there and demo them, Simmons explained. “I tried playing drums and guitar and all that, and we were in Los Angeles, and I called the Van Halen brothers and said, ‘Do me a favor, I’m going into the studio tonight at 1 A.M, do you want to come in and help me put the tracks down?’ And they did. We recorded three tracks: ‘Christine Sixteen,’ which went on to become a hit single, ‘Got Love For Sale’ and ‘Tunnel of Love.’”