The Three Best Pioneer Rock Bands Of The 50s’ 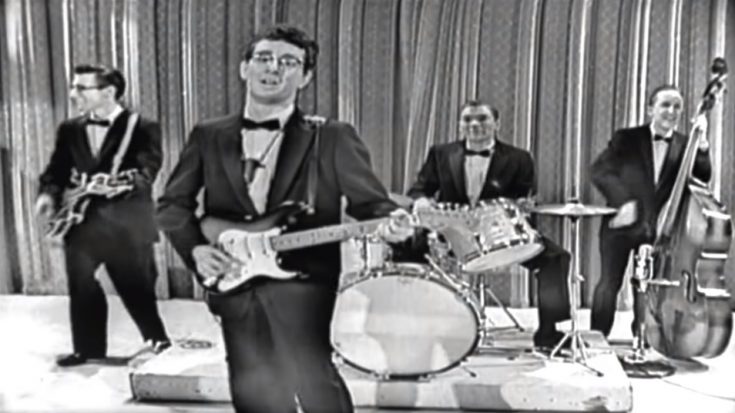 While rock n’ roll mainly proliferated in the advent of the 1960s, pioneers from the previous decade have already laid down the blueprints of the genre. Artists like Muddy Waters, Sister Rosetta Tharpe, Little Richard, Chuck Berry, and Elvis, among others, developed and pushed the genre to the mainstream. The fifties were a turning point, a pivotal moment in the course of rock n’ roll. The genre was slowly branching out from the prominent black influence of rhythm and blues, which in turn came from spirituals, which attested to faith in the Divine and hardships of forced labor. While the genre was an ambitious stride towards liberation, due to uptight conservatism of the era, soon gained traction due to its appeal to the  younger audiences. Let us look back at the 50’s pioneering bands of rock n’ roll.

Buddy Holly and The Crickets

One of the first white artists that developed the genre, Buddy Holly was also a tried and true singer-songwriter. The band was known for their country-leaning rock n’ roll style, with Holly’s divine falsetto, they drove a fresh offering to the hungry masses. Holly and The Crickets popularized the now standard band format of 2 guitars, one bass, and drums. Holly was also known for his immaculate songwriting prowess, melodic orchestrations, and the use of double tracking. Unfortunately, amidst the shine of his rock n’ roll career, he was taken too early with a tragic plane crash, on February 3, 1959, at the mere age of 22, which was dubbed The Day The Music Died. They are best known for classic hits such as “That’ll Be the Day” and “Peggy Sue”, and have since become influences for rock successors like John Lennon, Bob Dylan, and Kieth Richards, among others.

Bill Haley and His Comets

Though not apparent with his burly, healthy appearance, who’s looks somewhat reminded people of Stephen Fry, with a signature curl of hair on his forehead, Bill Haley and His Comets weren’t slackers either. Coming from country roots, he changed his musical preference after recording a western take on a rhythm and blues track, “Rocket 88“. The unique fusion of rhythm and blues with hillbilly styled music paved way for their signature rock n’ roll sound, which materialized with their 1954 song, “Rock Around The Clock“, which became a worldwide hit, and a taste of the first drops of rock n’ roll. They also popularized immaculate wardrobe choices with uniform plaid  jackets and bow ties. Haley passed away on February 9, 1981 at the age of 55, and the Comets have since undergone variations in lineup, and four groups under the name continue to perform to the present day, claiming the continuation of Haley’s legacy.

One of the distinct rock n’ roll variations was due to vocal group The Platters’ modified Tin Pan Alley sound, and paved way for slower, more pensive approach to rock n’ roll. The group saw its most successful lineup with Tony Williams on the lead, David Lynch, Paul Robi, Herb Reed, and Zola Taylor, who was the only female member. Putting out hits like “Only You” and “The Great Pretender“, The Platters also birthed 40 other singles that were chart rankers, with four of them claiming the top spot. Their style became famous for slow dances, and more solemn purposes. Their mostly romance-alluding themes and that measured rock n’ roll pace gave way for the unique tempo The Platters introduced to the then blooming genre.