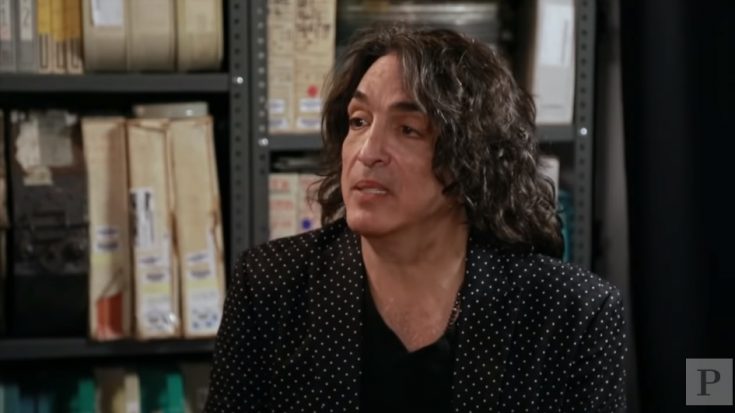 KISS’ renowned frontman and rhythm guitarist Paul Stanley shares a story of his childhood, one of solitude and the pain of being ridiculed. Stanley was born with a congenital defect called microtia, where the external parts of the ear are underdeveloped.

In an excerpt of the audio version of Stanley’s new book Backstage Pass, he details the story of the day he returned to the abode where his childhood happened, an apartment in the 211th Street on New York. “When I started to attend the elementary school right next door to our apartment, P.S. 98, I didn’t have any friends. But I was always the center of attention; and that sort of attention felt just horrific to a five-year-old. I wanted to disappear or hide, but there was no place to go.”

“It was one thing when somebody stared at me – that was bad enough,” Stanley continues, “But when someone yelled out at me, that drew other people’s eyes to me. Everyone would look at me, scrutinize me; I felt violated and threatened to my core. These were the worst moments; like a kid who would point and yell, ‘Stanley, the one-eared monster!’ All I could think was, ‘You’re hurting me.’”

This alienation was not only limited on the school’s grounds, as Stanley recounted how his parents were never open for him to seek emotional shelter, and would not even offer counsel regarding the rampant bullying that has been happening. This left a psychological scar so deep, he even recounts an encounter with his mother during his kindergarten years.  “Fight your own battles – don’t come crying to me,” Stanley recalls his mother’s cold and apathetic reply.

However, all of this did not make Stanley bitter, however hurt it may have caused him. He strongly expresses his sentiments regarding his experiences. “Kids need parents. Kids need protection. When my parents didn’t empathize with me and didn’t want to hear about my problems, I felt cut off from everybody. For most of my life, West 211th Street had represented just one thing for me: pain.”

Another snippet in the Backstage Pass audiobook recalls how his bandmate Gene Simmons managed to overcome his fear of flying in order to visit him in the hospital, and jubilant news of his reconciliation of the band’s former guitarist Ace Frehley. Stanley prefers to keeps his distance with KISS’ original drummer Peter Criss however, due to the “negativity” that reigns his life.

KISS is on a brief pause from their final End Of The World tour, which will set to resume on the 27th of May for its second leg in Europe. The farewell tour will entail an extensive number of dates spanning the whole year of 2019, with schedules in North America, Europe, and Oceania.

Listen to the particular excerpt from Paul Stanley’s book below.