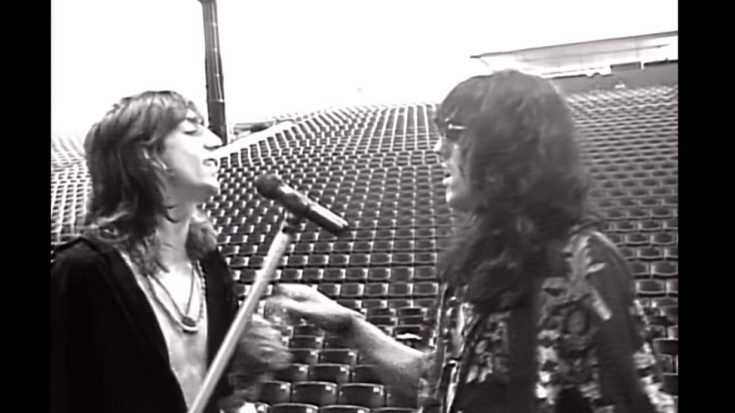 The Black Crowes vocalist Chris Robinson wasn’t one to mince words, not even if it put him or his band in a tight spot. One example of this was when they opened for the Texan blues rockers ZZ Top in the ’90s and got fired from the tour on the spot.

The band was enjoying successes in the early ’90s even with their debut album Shake Your Moneymaker, spawning hits like a cover of Otis Redding’s “Hard To Handle”, or the songs “Twice As Hard” and “Jealous Again”. Their anti-establishment image was also partially responsible for this, although it also cost them along the way. Nonetheless, the album managed to go 5x platinum and would peak on #4 on the US Charts.

In support of their debut album, the band managed to land a spot on a tour with ZZ Top, who were promoting their 1990 album Recycler, which didn’t quite reach the success of previous ones like Eliminator and Afterburner.

The Black Crowes supporting ZZ Top’s tour started in January 1991 and was expected to run through until May, but things got awry halfway through. The band said them being let off had nothing to do with music but business transactions instead. A three-night homecoming stand in Atlanta was scheduled for mid-March but the Crowes were booted two nights into the schedule.

Chris and Rich Robinson blame ZZ Top manager Bill Ham, who they said was mad at the remarks Chris made onstage against ZZ Top for using corporate sponsors on the tour. But they were already warned beforehand to tone down with making snarky comments (especially against Miller Brewing) in the midst of performances during the tour by ZZ Top’s management, Lone Wolf Productions.

In an MTV interview following their dismissal, the band said: “They weren’t allowing us to be the Black Crowes. They were trying to censor what I was trying to say. . . . I don’t need a big corporation telling me about the only thing in my life I have control over really, which is my music.”

In a statement, ZZ Top’s party said: “This decision was arrived at entirely within this organization and not as has been suggested as a result of corporate pressure. Miller Brewing has been a partner in this tour since its inception and has been very accommodating to ZZ Top and has asked absolutely nothing of the opening acts which have appeared. It is out of a sense of common decency and courtesy coupled with a moral and ethical obligation that this action has been taken.”