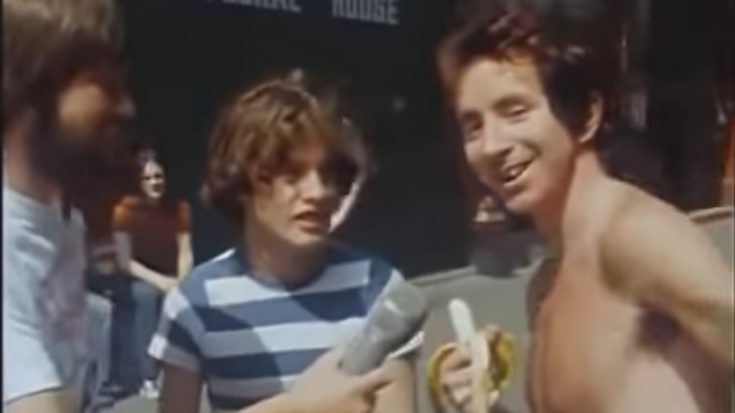 Bon Scott’s death didn’t just shake AC/DC to the core, but the music industry in general as well. And up to this day, the late frontman’s passing is still one of the most mysterious cases yet to be solved.

Details leading to his death can be stitched together from the accounts of people like Aleister Kinnear, Joe Fury, and ex-girlfriend Silver Smith. The events in the hours before he died was heavily debated, but the official account says that Scott invited Smith over at a club, but Smith sent for her friend Kinnear instead. Scott was in Dingwalls while Kinnear wounded up in a different but close night club called the Music Machine.

The official story goes that Kinnear was the last to see the singer alive, and even tried to drive Scott back to his house after a night of being wasted. But seeing that he already passed out, Kinnear decided to drive back to his own house, parking it outside his flat, and left Scott in the car to ask Smith what to do with Scott. Smith responded to just leave him in the car as it was not unusual for him to pass out after a night of binging, so he left him in there with a blanket and a note with instructions to get to his flat in case Scott woke up.

Of course, Scott would never wake up again, dying at the young age of 33. Kinnear said that he woke up early on the 20th and checked on the singer who was still unresponsive. He rushed Scott to King’s College Hospital but was pronounced dead on arrival. The cause of death was determined to be acute alcohol poisoning with no trace of drugs on the toxicology report.

It can also be noted that the original AC/DC drummer saw Scott during the alleged night he was drinking and said that he was not drunk when he left, which was shocking since he died the day after. Since then, several conspiracies came up, including that Scott was murdered, the band wanted to get rid of the singer, and doubts if Kinnear was actually a real person. Even the band UFO was rumored to have met with Scott that night, who were notorious to then-AC/DC manager Peter Mensch as a bad influence to Scott.

Whatever the real story may be, only Scott would have known, even if it was too late for him.