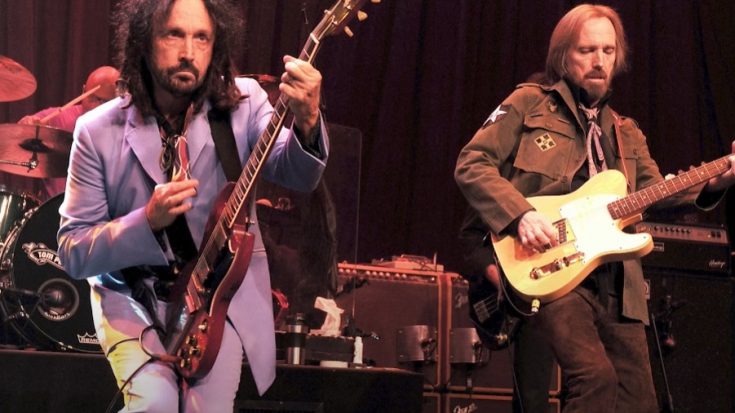 The Heartbreakers’ Mike Campbells isn’t ready to gather the band together yet, three years after Tom Petty’s death.

In a Rolling Stone interview, he said: “I would consider it at some point in the future, only because I had a couple conversations with Tom where he put forth the idea of a Wildflowers theater tour. I’m not ready emotionally to have the Heartbreakers in a room and go ‘1, 2, 3, 4’ and look around and Tom’s not there. I’m sorry. I need to grieve a little more to get to that point in time, but I’m not against the idea. I do miss the guys, but Tom left a huge hole in the band.”


Fans never really got to experience a Wildflowers tour but the Wildflowers & All the Rest box set’s release will be the closest thing to it, complete with previously unheard tracks from Petty’s catalog.

Campbell is busy with his own band, Dirty Knobs, which he formed in 2001 as a side project to keep him occupied in between Heartbreaker commitments.

“It was a good workshop for me to try out new songs in front of a crowd and see which ones stuck and which ones they didn’t like,” the guitarist said. “It was also just also a chance to have some fun without playing hits and the old Heartbreakers catalog, even though I love those songs. But it was nice to get a break from that and play the way I used to play when I started out, playing just for the fun of it.”

Now that he has found more time to spend with the group, Dirty Knobs has since completed and released their debut album on November 20. Fellow Heartbreaker colleague Benmont Tench also plays piano on the album.

“It would have to be almost a voice from beyond, almost like, ‘Guys, do this for me.’ If I got that message, I would present it to the other guys. But it hasn’t been that long. We’re still grieving very deeply. It’s a big loss,” he said.