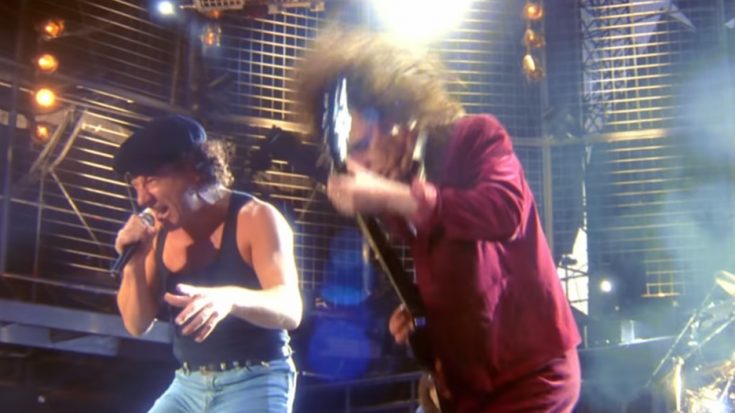 Just like any other rock band, it wasn’t always rainbows and butterflies for AC/DC as they went from decade to decade. The band was in a slump by the late ’80s and needed a boost to keep their activities viable. Luckily, the 1990 release of Razors Edge reestablished AC/DC’s position in the industry with the help of tracks like “Thunderstruck,” “Moneytalks,” and “Are You Ready”.

But the supporting tour of the said album didn’t go exactly as planned as tragedy struck on a stop at Salt Lake City in Utah on January 18, 1991. As AC/DC started their set, fans began to become unruly and pushed towards the stage which trampled the fans in the front underneath the crowd, resulting in the death of three concertgoers and a dozen left injured. The stampede went on for about 30 minutes until the band finally understood what was happening on the ground, after numerous attempts of the security team and marshalls signaling them to stop the show.

According to the judgment of the event’s officials, the band resumed playing after a 15-minute break which served as a way for the rescue teams to attend to the victims. The decision came from the concern that tensions might just rise again and would result in more deaths and injuries. The three casualties were two 14-year-olds and one 19 year old, with one dying on the night of the show while the others several days after.

Families of the deceased and injured soon filed lawsuits against the band, their management, as well as the promoters and venue. AC/DC fought against the lawsuit, for the most part, claiming that it wasn’t their fault that the security was lax. The settlements were made out of court, with the county estimating the amount of less than 2 million paid in total.

This tragic event is one of the reasons why general admission or non-assigned seating isn’t used in most concerts and shows anymore, but situational factors like contracts and audience size have to be considered as well. During a show in Miami following the disaster, AC/DC also bolstered up the security with added manpower and screened concertgoers for booze and weapons to improve safety.