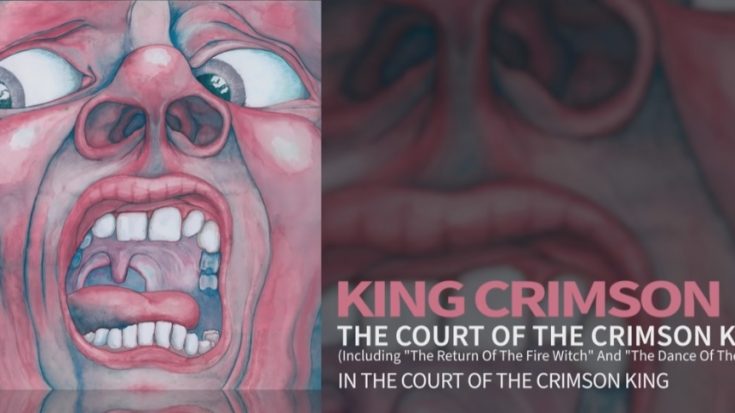 It’s probably safe to say that progressive rock was never the same when King Crimson released their debut album, In The Court of The Crimson King, back in 1969. This saw the band paint their own style with a combination of blues, jazz, and classical approaches, among others.

While acclaim over the album’s material has been the stuff of legends ever since, In The Court of The Crimson King also sports one of the most bizarre album covers in rock history. The sleeve was filled with a face that had its mouth agape and eyes turned to the sides. The man responsible for this painting was a computer programmer, Barry Godber, who was also an artist equipped with knowledge from his time at Chelsea Art School.

Pete Sinfield secured the services of Godber, who was allowed to take one of the first listens to the band’s debut album before everybody else. He used himself as inspiration alongside the music by painting in front of a mirror, which shocked everybody on King Crimson as soon as he unveiled it to them. According to Greg Lake (via The Music Aficionado):  “We all stood around it, and it was like something out of Treasure Island where you’re all standing around a box of jewels and treasure… This fucking face screamed up from the floor, and what it said to us was ‘schizoid man’ – the very track we’d been working on. It was as if there was something magic going on.”

Up until today, the cover sleeve of the screaming face remains to be one of the most enigmatic and remarkable album covers in rock music history. Much like the music on In The Court of The Crimson King, its album art reflects its spirit quite efficiently.