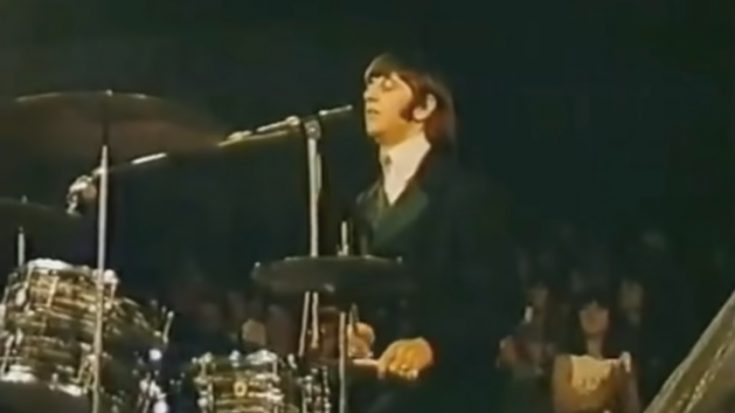 It isn’t a secret how John Lennon and Paul McCartney took the bulk of Beatles material when it came to vocal or songwriting duties. Occasionally, they would let George Harrison do his stuff on their record, and to a much lesser extent, Ringo Starr.

During the sessions for 1965’s Help!, Starr valiantly tried to write his own original song but was deemed unfit for the record and shelved immediately. But as the boys promised to give him his own shining moment on the album, they let him cover “Act Naturally” originally written by Johnny Russell.

Starr wasn’t really prioritized during the curation of the album’s tracklist, where he first attempted “If You’ve Got Trouble” and was then later forwarded to an old Lennon-McCartney composition that they primarily discarded. He decided to add some finishing touches on the song but it didn’t end up well at all.

Lyrically, the song came off as confusing and it didn’t help that the primary songwriting duo was in some sort of a dry spell as well. But apart from the shabby writing, Harrison’s guitar solo contribution was also subpar and not up to the high standard he usually delivered. It was that bad that the Beatles wanted to forget about the song completely.

In Anthology, Harrison said:  “We’ve just come across [‘If You’ve Got Trouble’]. I’ve no recollection of ever recording it.” He added, “It’s the most weird song… It’s got stupid words and is the naffest song. No wonder it didn’t make it onto anything.”

Even Starr himself didn’t want to be remembered for the track, but was reminded due to a look back of the Beatles’ run of their work. “I recorded a song for the Help! album that was never released – ‘If You’ve Got Trouble’. George Martin found it in the vaults of EMI studios,” he said.