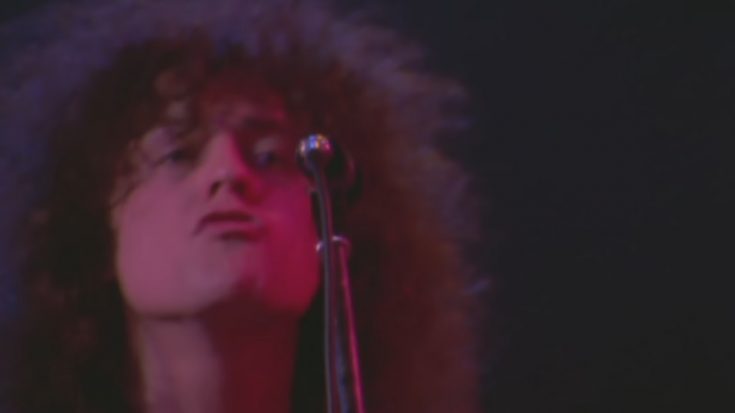 Now known as The SSE Arena, the venue hosted the March 18 matinee and evening shows that made T. Rex the second band to play there, the first being Led Zeppelin in November 1971 apart from the multi-artist NME awards and charity shows dating back to the ’60s.

This was also during the time where the band was at its peak form and popularity in the UK, having scored three number 1 singles and two number 2 cuts, along with Electric Warrior topping the charts for a good eight weeks sometime during Christmas of 1971.

Each of the said concerts was comprised of ten songs that saw T. Rex mix their classic hits with B-sides and album tracks, even including a mini acoustic set before closing with an Eddie Cochran classic, “Summertime Blues”.

These are directed by Ringo Starr and were filmed by an Apple Films crew comprised of five members, while Tony Visconti was in charge of production and recorded the sound using the Rolling Stones’ mobile recording unit parked outside the venue.

The said London events are the only surviving professionally-captured footage of complete T. Rex concerts prior to Marc Bolan’s 1977 car accident and subsequent death near his UK home.

T. Rex have also been recently inducted into the 2020 Rock And Roll Hall of Fame last month.