Spoof Of ‘Don’t Stop Believin” By Journey Tops The Charts 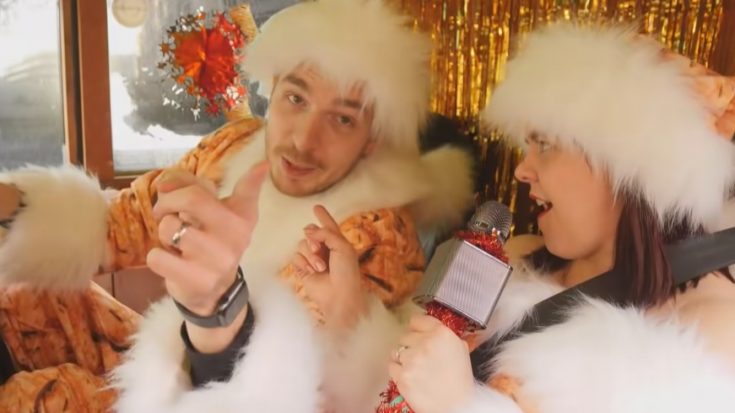 Journey’s “Don’t Stop Believin'” has been given the spoof cover treatment by LadBaby, a mom-and-dad vlogging and charity activist duo from the UK. What’s amazing is that their version snagged UK’s Christmas No. 1, which is the third time they’d bag the acclaim.

Now titled “Don’t Stop Me Eatin'”, the track has shifted 158,000 units to snag the biggest opening week for sales for a single this year, not to mention being the fastest-selling single in over three years. Only two acts have managed to get three consecutive UK Christmas No. 1s – the Beatles, and the Spice Girls.

LadBaby has been moved into action by the UK’s food poverty crisis. The Trussel Trust, the organization that benefits from the singles’ sales has reported that over 40% of British families rely on food banks, with 17% of children living under definitions of food poverty and over 20% of households living below the poverty line. The UN’s UNICEF children’s charity has also confirmed that it had recently launched an emergency food distribution campaign in England for the first time.

In a statement, LadBaby said: “From the bottom of our hearts, we just want to say thank you again to everybody. We can’t believe that, a third year on, we’ve had so much support yet again. We’re trying to raise money for an amazing cause, so thank you. Merry Christmas to everyone and don’t stop believin’ – that things are going to get better. 2021 is going to be better for everyone.”