According To Iggy Pop, He’s The Godfather Of Punk 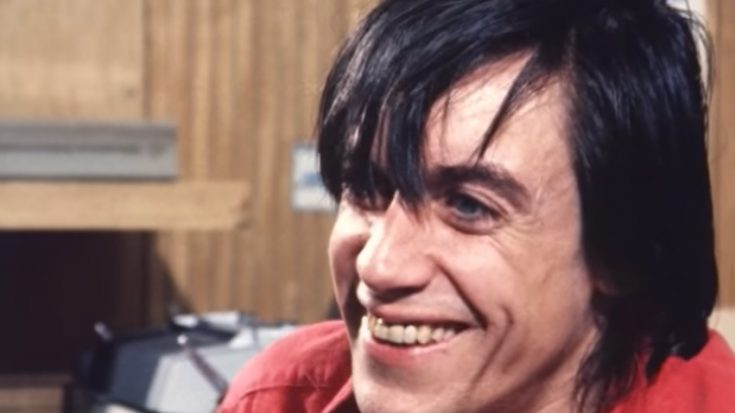 At every mention of Iggy Pop, the first thing that comes to mind is “punk” that he should’ve just went with Iggy Punk for his stage name. The man has been responsible for being a trailblazer in the movement that it’s no surprise he’s being called the Godfather of Punk. But he wasn’t always approving of the label especially in his earlier years.

When punk became a derogatory concept during the late ’70s, the term was quite shied upon by most rockers. During an interview with CBC of Pop and David Bowie regarding their upcoming tour, Peter Gzowski requested: “Tell me about punk rock,” which probably didn’t amuse Iggy but he still responded to the question.

He started off by saying: “Punk rock is a word used by dilettantes and heartless manipulators, about music that takes up the energies, and the bodies, and the hearts and the souls and the time and the minds, of young men, who give what they have to it, and give everything they have to it.”

In another interview, this time on a Dutch TV show, he was asked a similar question about why he was being called the Godfather of Punk. To that, he responded, “Probably because the word ‘punk’ it was born in newspapers and third rate magazines. At the time, I was the first guy they called a punk.” He continued, “They used that term for me to represent the idea of someone who wants to do something very strong and very uncompromising, that believes in or has a vision of very badly, but at the same time he’s the kind of person who doesn’t have the skills or ability to do it. So, many funny things happen, and that’s a punk.”

“It comes from films in the thirties actually, like in Maltese Falcon with Humphrey Bogart, there’s a very little guy who works for the bad guy and he carries three or four guns all the time but he’s too stupid to ever shoot anyone with them. So that’s what it means, I guess?” he added.