The Story of The Last Year of Elvis Presley’s Life 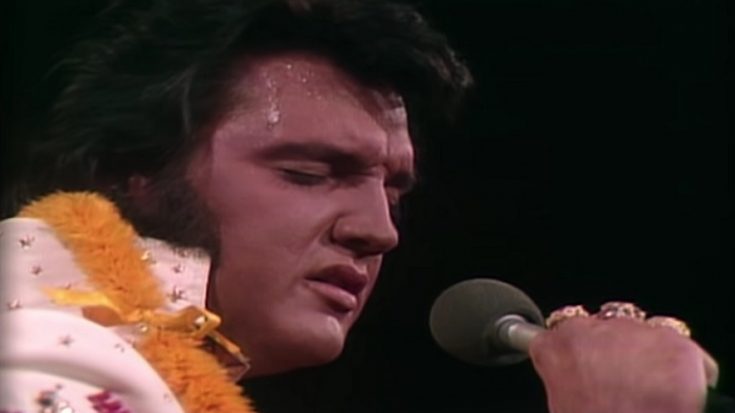 There are only a few rockers who remained eternal in the zeniths of rock and roll and remained as controversial as ever, more than Elvis Presley. His rebellious persona, hip-swinging tricks, oozing charisma, and multi-talented self, forged him as the king of the rock that no one in the music world could’ve ever done. But like any other rockstar on his heydays, along comes his pitfalls. We’ll take a good look at the legend’s final moments before he left the miserable life on Earth.

His drug dependency and the unwanted support of his private doctor

Elvis’s young life was faced with an overwhelming amount of pressure on being a sought-after celebrity and a rockstar. Such pressure drove him to defend himself on prescription drugs to keep him going, as advised by his manager, Tom Parker. On the final days of his life, he had his private doctor prescribe him his daily pills. It was reported that Dr. George Nichopoulos gave the singer a total of 12,000 pills in 20 months until his death.

Elvis’s food addiction and his obesity

“Fat Elvis” was how the critics would want to describe the final years of the star’s life. He was occasionally eating junk food, digging much to the pleasure of a fried & greasy diet. His tremendous weight gain, paired with his disastrous use of pharmacopeia, all contributed to his heart disease that would eventually lead to his death.

His laziness to get up to the bed and perform

The exhaustion of his non-stop touring as well as the declination of his health, manifested so much in his body to the point that he would enter the stage late, and end it early. The worst was when he had to cancel one show because he couldn’t get out of the hotel bed and drive to his concert venue.

He was depressive and suicidal

If you take a closer look at the life of Elvis, you would notice that there are signs that he might be falling down the pit of depression. His former wife Priscilla Presley once told in an interview with The Sun that Elvis was dismissive of the inner people’s attempts to help him get treatment. The people tried, but somehow, Elvis knew what he was doing already.

Letitia Henley was his only friend before his death

The tough and miserable life of Elvis Presley proved to be that his friends were only there for him during his heyday. His live-in nurse, Letitia Henley, proved to be the only person who took care of him genuinely as a patient and as a friend.

He didn’t want to leave Graceland

By the year 1976, Elvis’s will to perform fluctuated down and he didn’t want to leave his Graceland house to do anything. He had spent most of his time holing inside his den nicknamed “jungle room” for its exotic décor. The RCA record label, fearing for Elvis’s lack of willpower, decided to bring a studio truck to his own home, an idea that Presley approved. It was then that the singer had recorded his final sessions, and would produce the most painful recordings he had ever made in his entire career.

The final album contained the most painful material

Moody Blue, the final studio album released by the king of rock, was the fruit of his labor during the “jungle room” recording sessions. It contained a mix of live performances and new studio tracks. The song “Moody blue” became Presley’s last number 1 single, and the album constructed the painful life that Elvis had lived in his last days.

During Presley’s final year, his then-girlfriend Linda Thompson split with Elvis after four years of courtship, in hopes of a more normal life. The break-up gave Elvis time to find someone new, and that’s when a woman named Ginger Alden came into his life. Ginger was 20 years junior to him, and after a brief courtship, was given an engagement ring worth $70,000. For many, she was deemed as a gold-digger.  Alden had denied all the rumors in an interview with Elvis’s fan club in Australia: “Not getting to know them well, shortly after Elvis passed away, I was extremely disappointed to see the character of some that Elvis had around him”, she expressed.

Elvis knew that the end was near for him

Elvis’s live gig at the Market Square Arena proved to be his final show before his death. It was a remarkable performance coming from him, albeit the few twisting moments from the singer. But to the audience’s bewilderment, Presley took time to introduce the people in his life that made him catapult to success. Many fans wondered if the king was solely saying goodbye because he knew that he would not be doing this anymore.

The King of Rock was still active hours before his collapse

The absolute amount of activity that Elvis spent hours before his death was shocking since people wildly assumed that he was only waiting to die on his bed. The activities he had done prior were a nighttime visit to the dentist in hopes to find some prescription drugs, a 4 am racquetball game with his cousin, a medley of classic songs he played at the piano, and reading. Ginger Alden saw him collapse on the bathroom floor at 2 PM.