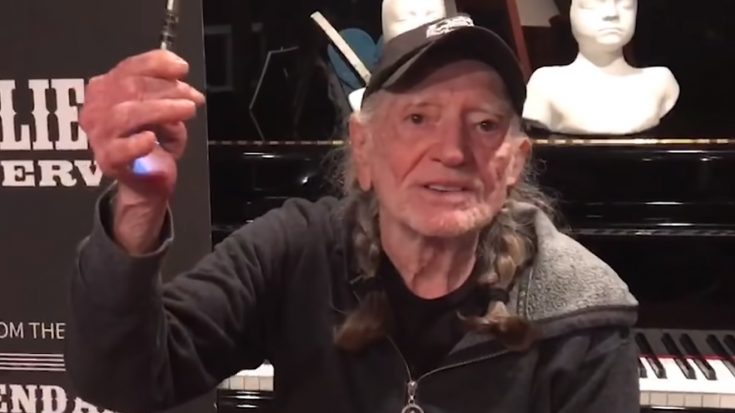 Willie Nelson has a plethora of different associations with various topics. Others focus on his renowned musical career first. It’s also possible that the images in your head are of his long braids and short height. Altogether, these different aspects of his life are what made him a star, including the stories that buzzed around his career.

Nelson appears to be one of the world’s most laid-back people. It’s hard to imagine him firing a gun at someone with calm personality. But he once did it, and it was all for a good cause.

As fascinating as it is to learn how the song “Shotgun Willie” came to be, learning how his nickname “Shotgun Willie” originated is downright terrifying. When he discovered that his daughter Lana was a victim of domestic violence, Willie would not stand by and allow it to continue; he had no choice but to protect her. After that, he got in his truck and drove to his daughter’s house, where he slapped her husband, Steve, all over.

As soon as Willie Nelson returned to his house, he noticed Steve pulling into the driveway and wondered what he was going to ask for. Then he heard the crack of Steve’s 22-caliber revolver in his ears. At that time, Willie had no choice but to fire back, using his M-1 rifle.

After that one, terrifying night, Willie checked on his daughter to see if she’s okay, only to find out that Steve one-upped him, leaving the house with his son. This time, Willie meant business; he crept behind the back of Steve’s house, poised himself near the barn, and shoot the tire of Steve’s car to end it all.

Steve called the police on Nelson, to which the singer explained to the authorities that Steve “must have run over the bullet.” The police believed him.

He later wrote the song “Shotgun Willie” while sitting on the bathroom stall of a hotel room months after the original incident. Since then, he’s been associated with the song and his nickname.