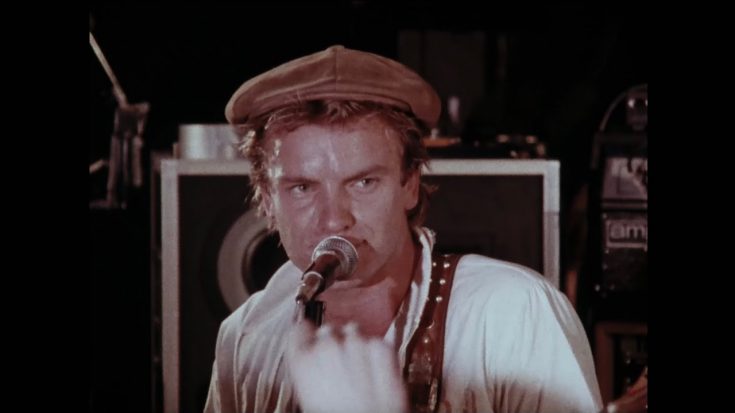 The Police’s “Message in a Bottle” is unquestionably one of the most well-known tracks from the band’s catalog.

This was the first single from the band’s sophomore album, Reggatta De Blanc. It was a huge hit in Britain, topping the charts there. In America, the song was only a minor hit since they still were about to have their momentum there.

This song tells the story of a man stranded on a deserted island. He throws a message in a bottle into the ocean in the hopes that someone will find it and come to his aid. He’s overjoyed when he discovers a slew of bottles washed up on the shore, proving to him that he’s not the only one who got lost. It is possible to see the lyrics as a metaphor for feeling isolated and realizing how many others feel the same way.

Sting complimented his lyricism inside Lyrics by Sting: “I was pleased that I’d managed a narrative song with a beginning, a middle, and some kind of philosophical resolution in the final verse,” he said. “If I’d been a more sophisticated songwriter, I would have probably illuminated this change of mood by modulating the third verse into a different key. But it worked anyway.”

Below, let’s mesmerize on The Police’s heyday with their live performance of “Message in a Bottle” all in high quality.