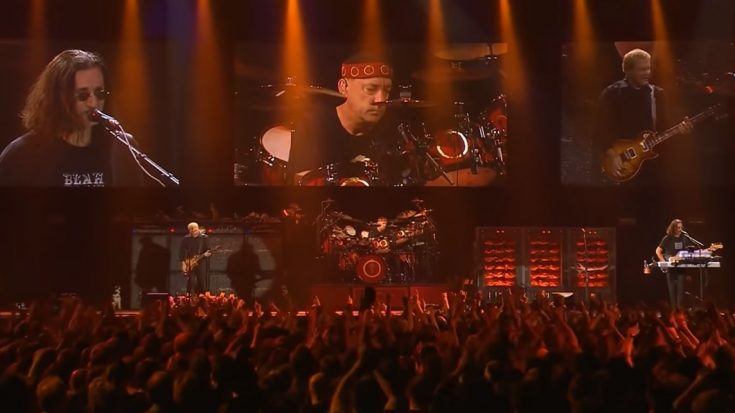 Rush’s 1980 hit, “The Spirit Of Radio”, signaled the band moving away from their epic-format jams and songs to a more compact and marketable form factor. Alex Lifeson noted that this was the band’s foray into consciously doing the aforementioned maneuver, saying, “I think that was a time when we made a concerted effort to move away from the long thematic songs, especially the full-side songs – albums like Hemispheres – into something shorter. Although there are a couple of long tracks on that record – Natural Science is pretty long.”

With Neil Peart on writing duties again, Lifeson shares some insight behind the poetry. “That song was really a statement of where radio was going, where it had been. Growing up in the early 70s, FM radio was such a free forum for music; you’d have DJs who would play stuff for an hour,” he recalled. “They’d just talk about the songs; there were no commercials or anything. So free-form, really a platform for expanding music at the time. And then it was moving more towards a format, and away from that freedom, becoming more regulated, more about selling airtime. It just speaks about that, really.”

When asked about the title’s origins, Lifeson recalled one radio station’s antics back then. “There was a station here in Toronto, CFNY, that used that as their call motto. But it wasn’t really specifically about them – it was more about the idea,” he said. The lyrics also nod to the Simon and Garfunkel classic, “The Sound of Silence”, Lifeson says. “The words of the prophets are written on the subway walls, and tenement halls/And whispered in the sounds of silence’ became ‘The words of the profits are written on the studio wall, concert hall/Echoes with the sounds of salesmen.’ Just a play on words – Neil being a little clever,” he said.

The song also had the band touch reggae territory for the first time, albeit being a brief affair during the song’s breakdown. As for the guitar parts, Lifeson said, “I just wanted to give it something that gave it a sense of static – radio waves bouncing around, very electric. We had that sequence going underneath, and it was just really to try and get something that was sitting on top of it, that gave it that movement.”