The Story Behind “Southern Cross” By Crosby, Stills, & Nash 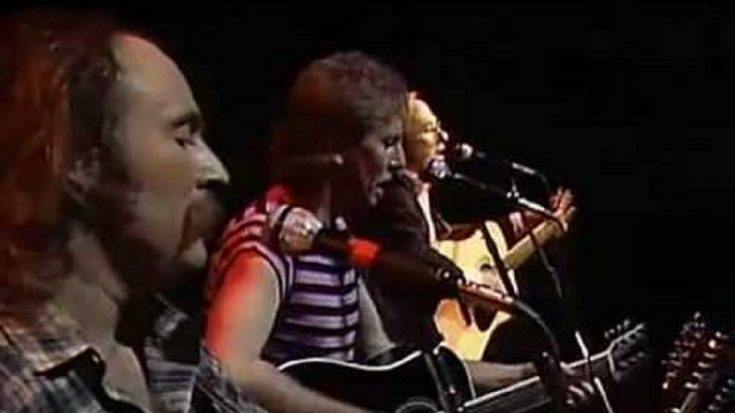 Crosby, Stills & Nash were always on top of their game, creating songs that are still played on radio stations today. One song we can think of when we discuss CSN is the classic “Southern Cross.”

Stephen Stills, with the help of Rick Curtis and Michael Curtis, composed “Southern Cross” to be performed by Crosby, Stills, and Nash. First released as a single in September 1982, it later appeared on the band’s Daylight Again album. Stephen Stills provides the lead vocals throughout, with Graham Nash coming in on the second verse. Although David Crosby made an appearance in the music video and sang the song with Stills and Nash in concert, he was not able to contribute his vocals to the album version until the recording process was well underway.

The song was said to be based on the Curtis brothers’ “Seven League Boots” with written additions by Stills. The musician explained: “The Curtis Brothers brought a wonderful song called ‘Seven League Boots,’ but it drifted around too much. I rewrote a new set of words and added a different chorus, a story about a long boat trip I took after my divorce. It’s about using the power of the universe to heal your wounds. Once again, I was given somebody’s gem and cut and polished it.” The term “Southern Cross” is a constellation that is also referred to as the Crux Constellation. It is the four brightest stars in the constellation that come together to form the shape of a cross and is visible across the majority of the Southern Hemisphere.

After being released in late November and early December 1982, the single was a commercial success, peaking at No. 18 on the Billboard Hot 100 for three consecutive weeks. It also was the group’s final top 40.