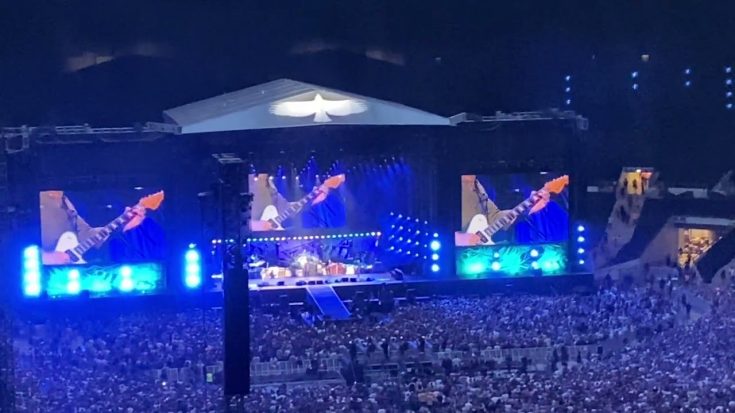 It is truly worth knowing that Hawkins became inspired by drummer legends Copeland from The Police and Roger Taylor from Queen. Inside a 2019 interview, Hawkins got real with his adoration for The Police, citing Zenyatta Mondatta as the first album he heard from the band, which he got hooked on.

Copeland took his spot behind the drums after getting a resounding greeting from the fans. After rocking through a cover of the Police’s 1978 single “Next to You,” accompanied by Hawkins’ band Foo Fighters and his bandmate Dave Grohl on guitar and vocals, Supergrass singer Gaz Coombes joined the newly-formed band onstage to perform “Every Little Thing She Does Is Magic.”

Copeland respected the late drummer, recalling their 20-year friendship as something valuable for him. “We enjoyed each other’s company,” Copeland told Rolling Stone. “Much more than guitarists do. You would think we would be more competitive because there’s only one drum set on stage and you can have any number of amps. But for some reason, we like extra rhythm clattering around us.”