The Story Behind “Dream On” By Aerosmith 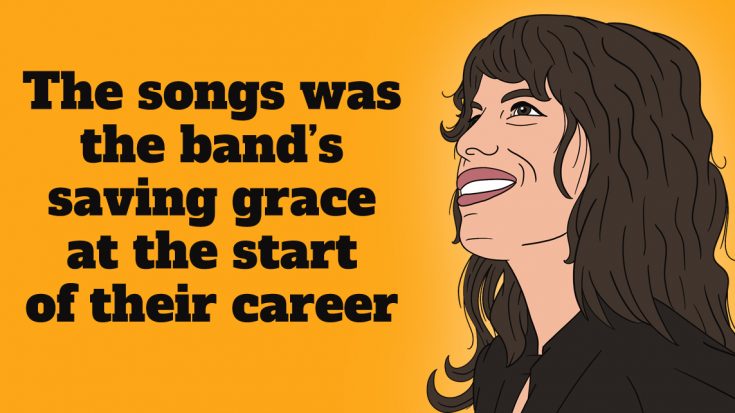 “Dream On” took a long time to write, with Aerosmith frontman Steven Tyler going on and off writing for about six years. How the song was completed, however, is tied to the infamous “suitcase” incident where Tyler found a suitcase full of money but didn’t tell the band about it. Turns out, it belonged to some gangsters in the area.

Tyler bought a keyboard with the cash and used the experience and lessons he took under his dad, who was a classically-trained musician. He claims that he got the chords from “Dream On” by recalling the times he listened to his father play the piano. According to Tyler: “It’s about the hunger to be somebody: Dream until your dreams come true.”

He continued, “This song sums up the s–t you put up with when you’re in a new band. Most of the critics panned our first album, and said we were ripping off the Stones. That’s a good barometer of my anger at the press, which I still have. ‘Dream On’ came of me playing the piano when I was about 17 or 18, and I didn’t know anything about writing a song. It was just this little sonnet that I started playing one day. I never thought that it would end up being a real song.”

“Dream On” was also the band’s saving grace when they were on the brink of being dropped from their label, but performed poorly at first as Columbia Records focused more on Bruce Springsteen’s first album release.

Guitarist Joe Perry commented that he didn’t like the song at first, however. In a Classic Rock Magazine interview in 2002, he confessed: “Back in those days you made your mark playing live. And to me rock ‘n’ roll’s all about energy and putting on a show. Those were the things that attracted me to rock ‘n’ roll, but ‘Dream On’ was a ballad. I didn’t really appreciate the musicality of it until later, but I did know it was a great song, so we put it in our set. We also knew that if you played straight rock ‘n’ roll you didn’t get played on the radio and, if you wanted a top forty hit, the ballad was the way to go. I don’t know if we really played it much live, in those days if you only had half an hour to make your mark, you didn’t play slow songs. So it wasn’t until after it became a single that we really started playing it.”