The Story Behind “Detroit Rock City” by KISS 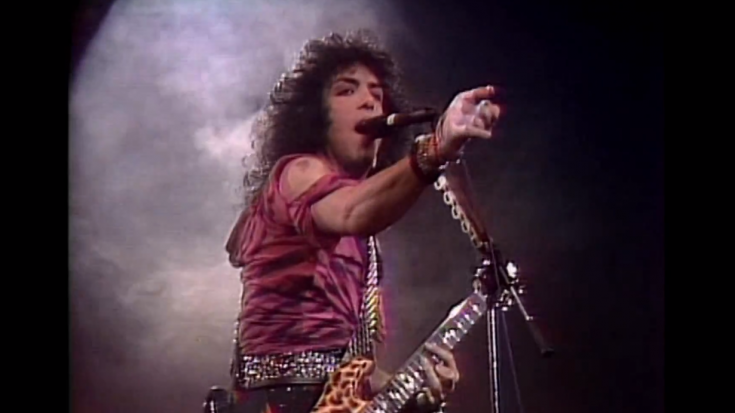 “Detroit Rock City” from the 1976 album Destroyer is one of KISS’ most renowned singles and has the band part from their usual party-rock lyricism for a more profound, tribute-inspired poetry. This classic rock radio staple frequents the airwaves due to its tasteful arrangement, especially the flamenco-styled solo duet between Ace Frehley and Paul Stanley, becoming a prime influence in heavy metal bands like Pantera and Iron Maiden.

The lyric of the song pays homage to KISS fan who met an accident on the way to one of the band’s concerts. “On a previous tour, somebody had gotten hit by a car and killed outside the arena. I remember thinking how weird it is that people can be on their way to something that’s really a party and a celebration of being alive, and die in the process of doing it. So that became the basis of the lyric,” Paul Stanley recalled. But while the song references Detroit, Stanley says the incident happened somewhere in Charlotte, Michigan, “I had the basic riff of the song, the ‘Get up, get down’ part. but I didn’t know what the song was about except it was about Detroit.”

The song initially performed poorly on the charts upon release despite becoming a crowd favorite, but eventually gained acclaim when it ranked 6th place on VH1’s 40 Greatest Metal Songs list.