The Life Journey Of Neil Peart 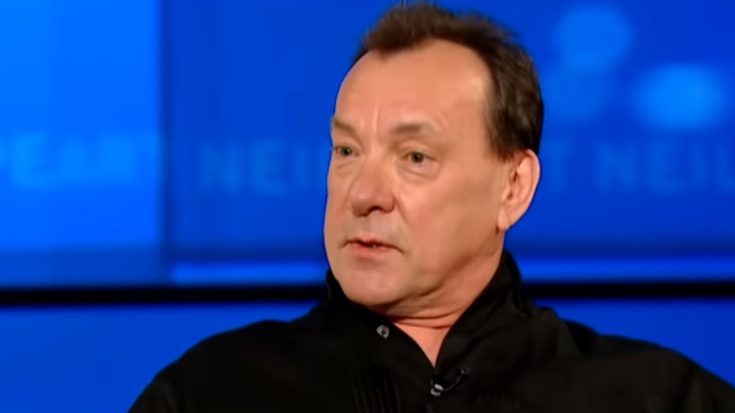 The late Canadian kit whiz of Rush lived a life that didn’t really fit the image of a rockstar. Neil Peart had a decent upbringing, a supportive family unit behind him pushing him to follow his passion. His parents let him take drum lessons for his 13th birthday.

“No drums, you understand, just a pair of sticks and a practice pad. Every Saturday morning I would catch the bus to downtown St. Catharines for a lesson with Don George at the Peninsula Conservatory of Music on St. Paul Street. Even there I wasn’t playing drums. … An arrangement of metal-rimmed pads mimicked the layout of a four-piece set,” Peart recalled. Don George said that he was more than capable of being a drummer if he really wanted to, which encouraged the young Neil.

He eventually convinced his parents to buy him a basic kit for his succeeding birthday. “Every afternoon after school I played along with the pink speckle AM radio on the steam radiator beside me. Whatever song came on the Top 40 station, I tried to play along. Next, Mom and Dad got me a hi-hat, then a floor tom, and I saved up paper-route and lawn-mowing money for a pair of Ajax cymbals,” Peart said.

Amidst Neil’s drumming interest, he also helped run his father’s farm equipment dealership, with Glenn Peart (Neil’s dad) saying that his son did pretty well in the business. But he knew what Neil really wanted though, saying that “Neil had only one burning passion — to be a drummer! He had several local gigs and some local success, but he was disgusted that the other band members did not share his passion.”

Soon, he was in London searching for the perfect fit, but he didn’t really find what he was looking for. After a visit from his family and being offered a position in the business, Neil went back to Canada the following year. “He slipped into the position quite comfortably. Neil had joined a small local band playing only on weekends. … Somehow, his reputation had gotten around,” his dad recalled.

Neil felt massive guilt at the time he joined Rush, though, as that meant leaving his family and their business behind. Glenn said, “Neil was consumed with guilt because we were just coming into our busy season and he felt he was letting me down. I finally said, ‘Neil, this could be the chance of your life. We have to talk this over your mother when we get home, but I feel you have to do this. It could be a dream come true and if it doesn’t work out, there will still be a parts department that can use you!’ Obviously, Mom agreed with my thoughts and the rest is history!”

Reading all the stories and comments tonight, it's clear how much joy and inspiration Neil Peart and @rushtheband brought into the world. How did Neil inspire you? #RIPNeilPeart pic.twitter.com/aWYZrMos89

Time went by fast and Peart eventually had a family of his own, with Jacqueline Taylor and their daughter Selena. But everything was ripped apart by a tragic motor accident, Selena succumbing to injuries while leaving Jacqueline devastated. It eventually ate at her from the inside, impairing the relationship greatly. 10 months later, she was diagnosed with terminal cancer and soon succumbed to a series of strokes while the couple was out on vacation at Barbados.

Peart was heavily affected by the tragic events, opting to travel the roads on his bike and traversing 55,000 miles in search of a new purpose. Later into his introspection, Rush’s resident photographer Andrew McNaughton introduced him to his assistant, Carrier Nuttall, in the hopes of bringing new romance into his life. He was apprehensive at first, but after a couple of meetings, “I saw her across the proverbial crowded room and fell. That was in late 1999, and the following September, Andrew was an usher at our wedding in Santa Barbara, and gave a sweet speech as our ‘benefactor.’”

Peart was in better shape than ever, returning to Rush and developing a new drumming technique. But after years of working and touring, he realized that he needed to go back to his roots: family. “I’ve been doing this for 40 years — I know how to compartmentalize, and I can stand missing her, but I can’t stand her missing me. It’s painful and impossible to understand for her. How can a small child process that? And there’s the guilt that comes with that — you feel guilty about it, of course. I’m causing pain,” he said in 2015. He even notes that his young daughter began describing him as the “retired drummer”, saying that, “True to say, funny to hear.And it does not pain me to realize that, like all athletes, there comes a time to … take yourself out of the game.”

The alleged cause of his death was to complications by brain cancer, which was probably the reason why Peart wanted to make most of his time with his family after the diagnosis came out. “Honestly, people don’t realize the sacrifice you make as a touring musician. Being away when children are growing up and when your partner needs you around, it’s wrenching. Your family and friends, their lives continue and you’re not part of them. People don’t place enough value on family life. It’s too easy to get caught up in the tedious day-to-day stuff and miss the miracle that’s unfolding before you,” Peart said on one of his final interviews.