The Stories Behind Van Halen’s Albums 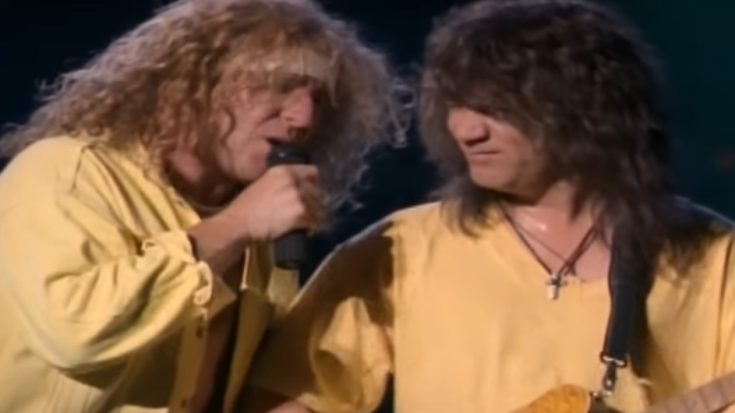 Van Halen’s tenure in the industry was split into two major eras: one with David Lee Roth as the frontman and another where Sammy Hagar assumed the post. During the whole run of the band’s career, they had 12 albums with seven under Roth, four on Hagar, and an odd man out from Extreme’s Gary Cherone. Here are the stories behind how all of Van Halen’s albums came to be.

Van Halen’s self-titled debut didn’t bow or bend against the popularity of disco and punk, which was relevant when the record was released. Instead, they stuck with their hard-rock formula mainly thanks to the innuendo-laden songwriting of Roth (not to mention his bombastic aura) and Eddie Van Halen’s revolutionary guitar work.

The success of their debut got into the members’ heads and pockets quickly and was in a pinch. Luckily, they had songs left over from their demo tape along with a cover of Betty Everett’s “You’re No Good”, along with six new songs. One of these was “Dance The Night Away”, which was their first single to enter the Top 20.

Van Halen was more confident in experimentation in this album, where EVH fiddled with effects pedals and keys, which would later be instrumental in their future material’s creation. Roth brought photographer Helmut Newton for the cover photo, which irked the band as he seemed to focus more on Dave before a new one was brought in.

Seams began to show between the band’s creative direction, as Roth wanted to keep their vivacious style while EVH wanted to move onto new horizons. The latter would frequently go back to the studio when no one was around and re-rec0rd the parts to his desires. “The fucked-up thing was, no one even noticed. That’s how uninvolved they were on a musical level,” said Van Halen years later.

The band recorded Roy Orbison’s “Oh Pretty Woman” to stall the next release, but it surprisingly became a hit, which prompted Warner Bros to toss the band back into the studio for a new album. As Van Halen was running short on material, only four new songs and three short instrumental were the originals on the album, five of them being covers. This pushed Eddie to build a home studio so he could make music anytime.

This saw Van Halen with a big surprise in the synth-laden “Jump”, although they didn’t completely abandon their hard rock formula. This deviation had Roth storm out of the band soon after as he didn’t like where the creative direction was going.

It was a miracle how Sammy Hagar managed to gain the approval of hardcore Van Halen fans, which fueled the success of this album and proved that Roth wasn’t the end-all, be-all of the band.

This album steered the band in a more keyboard-based style but still made some room for classic rock formats. The album was a success for Van Halen once again thanks to the top 5. hit, “When It’s Love”.

Van Halen once again reformed their sound to come up with a cleaner quality, bringing in Andy Johns to produce the record. It took more than a year to finish, as Hagar disclosed that he and Eddie were spending more time in racing cars than making music. It was another successful release nonetheless, being a chart-topper itself along with several number 1 singles.

Alternative rock and hip-hop were the biggest genres in this time period, which is probably the reason the band subconsciously crafted the song “Don’t Tell Me (What Love Can Do)”. The song fits the era pretty well, to the dismay of Van Halen fans, and also led to the departure of Hagar soon after. “It wasn’t what Van Halen fans wanted. It showed the darkness of Van Halen, and basically the end of the band,” he said.

Extreme’s Gary Cherone was brought in to replace Hagar, but things didn’t bode well for Van Halen for this album. Eddie’s creative flow was stifled as he was writing music to pre-composed lyrics unlike before where it was the other way around. Cherone was blamed for the failure, but it was apparent that the band lost focus along the way.

Fast forward to the 2000s, the band reunited with Roth while Eddie’s son, Wolfgang, took the bass duties of Michael Anthony.  It took five years before it was released, and was comprised of archival material that dates back even before the band’s debut. This was Van Halen’s last album before Eddie died in 2020.