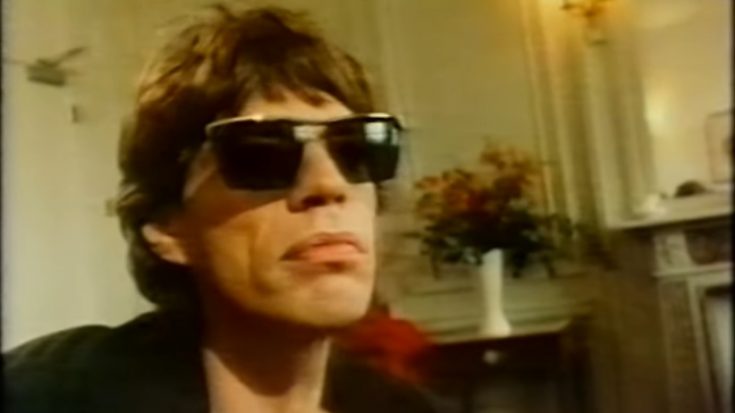 While the Rolling Stones definitely showed their edge while they were still the big boys of the day, but a decade or two passing was proof enough that everything had an expiration date, the original bad boy rockers included.

Apart from the new craze taking over the rock scene, the Stones’ creative duo of Mick Jagger and Keith Richards, with the former taking over as the latter struggled with substance abuse – which he overcame just in time. Richards was instrumental in the creation of 1983’s “Undercover of The Night”, which was a responsibility he tasked himself to toil on. Jagger also wanted fans to experience a whole new level of decadence, perhaps in the desperation of reclaiming their throne as original bad boys of rock n’ roll.

Jagger’s vision was realized with the help of director Julien Temple, who translates it into visual detail involving criminality and sexual influences, which led to the music video being banned by MTV, the BBC, and the Independent Broadcasting Authority.

The frontman later noted that the whole production referenced a lot of things that were going in Argentina and Chile, and cited Cities of The Red Night by William Burroughs as a primary inspiration in terms of political and sexual repression. Jagger also added that the anti-establishment sentiments led to its ostracization from the public eye.

During the song’s release period, Jagger and Temple made an appearance on the Channel 4 music show, The Tube, via link-up. Instead of promoting the material, Jagger went to defend their choice of scenes in the video, unapologetically saying that he took notice of the reactions of the crowds that pertained to the violence in the video. He added that they simply wanted to make a music video that really represented the song.

Temple supplemented Jagger’s argument with figures that were supposed to justify the graphical nature of the music video. He said, “Let me tell you that the average kid in America when he gets to the age of 21 has seen 65,000 killings on TV and that devalues the meaning of killing. It makes people immune to it. If we’d made a documentary for six weeks in El Salvador, all the kids who might see this would have turned it off. This film is about the song, about what is happening in parts of the so-called civilized world.”

This was the first time that Jagger bared his fangs and wasn’t afraid to show his political ideas even if it was a known risk with artists. It was a bold move for someone that came from show business, but Jagger truly believed that he fought for a special cause.