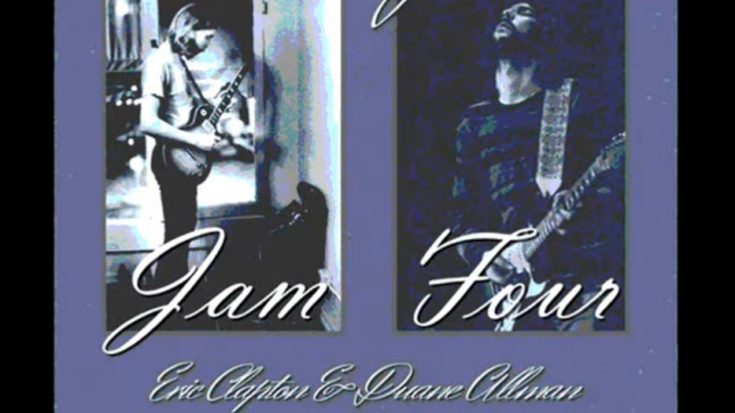 It’s sad to note that Eric Clapton and Duane Allman only had one album between the two of them during their time with Derek and The Dominos. Clapton was fresh from the disbandment of Cream and had nothing better to do but make new music with a new group, which spawned the aforementioned band.

Allman wasn’t a full-time member of the group but contributed his magical blues slide prowess into the record like it was nobody’s business. Of course, one of these songs was “Layla”, which was written for Patti Boyd, then-wife of George Harrison. Clapton’s unrequited feelings turned into music and was aided by Allman to completion.

Clapton even went as far as saying that he’s dissociated himself from Derek and The Dominoes, sharing his perspective as a fan of the band. Slowhand says that the music has served its purpose being top-notch in itself, and concluded that it was easier to appreciate his work that way.

Just like how he fell in love with Boyd, Clapton admired Allman’s playing when he and the band were sent to a show of The Allman Brothers by producer Tom Dowd. After seeing Allman perform live for the first time, Clapton was immediately hooked and the rest was history.

Listen to the isolated guitar and vocal parts of “Layla” below.