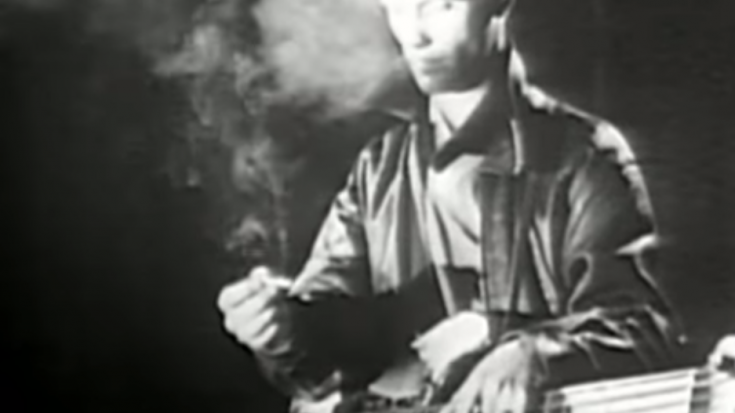 The Wild West of Surf Rock

The song went #1 in 7 countries simultaneously during 1960. It took a year before the Shadows charted in the land of cowboys, the U.S. Even more unfortunate, the Shadows didn’t even chart it. Danish jazz musician, Jorgen Ingmann took it to #2 on the American Billboards in 1961. The genius behind the instrumental is guitar wizard, Hank Marvin. The man did everything on a 6-string. To get the “Hawaiin” sound they plugged an American Fender into British Vox amplifiers. This was a revolutionary move in music. John Lennon once stated that the Shadows were one of the only British bands worth listening to before the formation of the Beatles.

“There was something magic about its atmosphere-even in that very raw, exposed state. We learned it on the bus and in the venues. Then back in London, we arranged it.”

Advertisements in the 1960s promoted the Shadow’s “Apache” by exclaiming “hang on to your scalps!” It was a perfect anticipatory remark. The song really was that revolutionary. The surf rock genre wasn’t quite defined yet. The States had just started getting the hang of the island sound in rock- but hadn’t nailed it yet.  Hank Marvin, the lead guitarist, had the idea of adding “multi-taps” to create the haunting echo.

The drummer has quite a symbolic role in “Apache” as well. In fact, the song was first written by Marvin, starting with the drum intro. The guitarist asked the drummer, Tony Meehan, to be very poignant and clear with the “CLANG DA-DA-DAAYI-YA, DA-DA-DA-DA-DAH,” which is musician speak for – really EPIC symbolic rhythm.

Nobody is cooler than The Shadows in “Apache.”