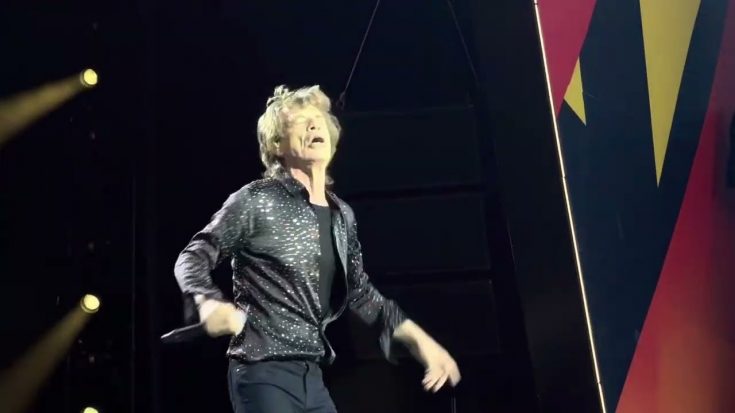 The Rolling Stones performed “I Wanna Be Your Man,” on June 9 during the band’s comeback performance in Liverpool.

Frontman Mick Jagger was especially excited about the show because it was the Stones’ first Liverpool concert in more than 50 years. “It’s great to be back in Liverpool after such a long time. Long time, no see,” Jagger can be heard telling the live audience.

Supposedly, a rendition of Liverpool FC’s anthem, “You’ll Never Walk Alone,” was suggested early in the set by the 78-year-old singer. However, the band decided to do a version of a song “written by some other local lads,” Jagger explained. “So, we’re doing this specifically for you Liverpool, OK?” The band then began to tear the introduction of the Lennon-McCartney-penned tune, “I Wanna Be Your Man” as a tribute to the Fab Four.

“I Wanna Be Your Man” is a song written by John Lennon and Paul McCartney that was recorded and published as a single by the Rolling Stones, and later, the Beatles. The song was composed mostly by McCartney. and finalized by Lennon and him in a Richmond club corner whilst Jagger and Rolling Stones guitarist Keith Richards were conversing.

Since this is the first time the band came back after a long time, it was only fair that the first part of the show was a dedication to their late friend and drummer, Charlie Watts, who died in August last year. An acknowledgment in the form of a video was shown, with Jagger declaring the concert to be the band’s tribute to him.

Listen and watch the Stones’ performance below.