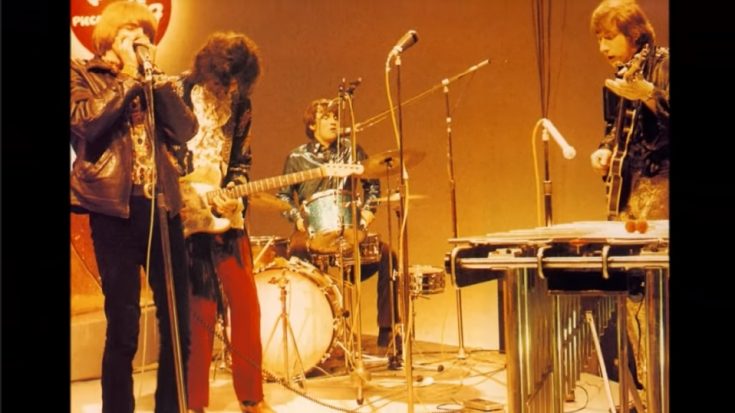 The Yardbirds are the only band in this world to have birthed 3 guitar gods in music history: Eric Clapton, Jeff Beck, and Jimmy Page. Though Page and Beck have overlapped their stay inside the group, it was unfortunate that the trio never got to spend their time being together.

Nevertheless, that’s not to say we’re being deprived of all the glory that there is to knowing more from the fantastic Yardbirds. Below, we’ll take a trip down memory lane inside the band’s 1964 performance of their classics, “Louise” and “I Wish You Would,” under the Eric Clapton era. Take a look at the video below.

When original guitarist Top Topham left the group in 1963, the stars aligned for Clapton to join the crew. Till then, they’ve become the backup band for blues legend Sonny Boy Williamson, all while establishing their name as a reputable band in the London circuit. Clapton led the band to greater heights, becoming one of the frontrunners in Britain’s booming rock & roll business with his impressive style of playing the blues.

The video below is posted by Reelin’ In the Years, a YouTube channel whose goal is to keep footage from the past up to the present. Among their project is this beautifully-preserved archive video of the group performing “Louise” from their live album Five Live Yardbirds, and their rendition of Billy Boy Arnold’s “I Wish You Would” which is also their debut single.