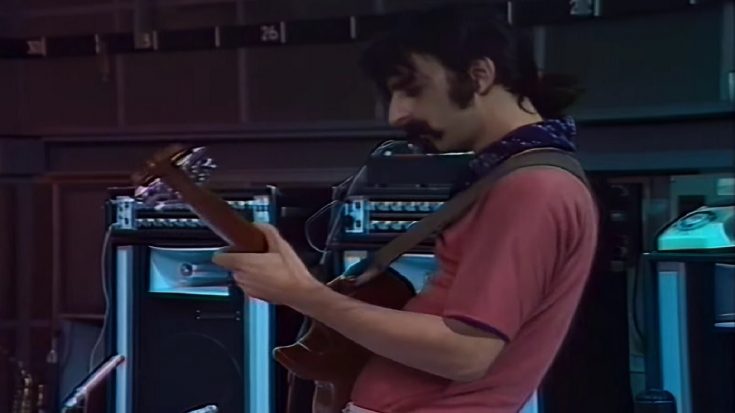 Frank Zappa and the Mothers of Invention perform a twenty-five-minute rampage of their classics songs at the BBC studios that could sure blow your mind. You can watch them at their prime below.

The Mothers of Invention led by Zappa earned an extensive commercial success throughout their career. Sound exploration, creative record covers, and extravagant live displays are all hallmarks of their work. An R&B band called the Soul Giants, the band’s inaugural lineup that did not include Frank Zappa, who had the band renamed the Mothers. Due to pressure from record executives, Frank Zappa and the Mothers were forced to change their name, therefore adding “of Invention” at the last part.

The Zappa-directed group are now inching away from the traditional blues and more of experimenting with different styles. It worked extremely well for them, making songs that are genuinely “trippy” in nature, thus giving the audience an eccentric experience when listened to.

In the original Mothers, which can be viewed from the video below, the band’s “character” could be noticed in how each player brought a distinct perspective to the proceedings. Because of their personalities, not simply their musical prowess, this concert was truly unique and unforgettable. It was filmed in the BBC studios, perhaps for the TV show Late Night Line-Up, on October 23, 1968.