The Rock Legends That Served In The US Military 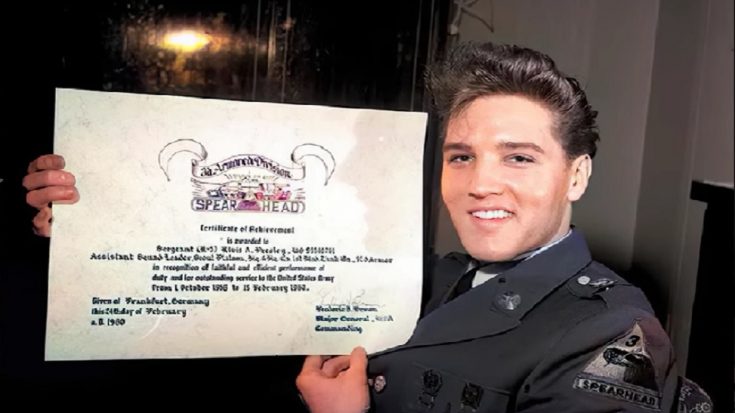 Musicians have long been vocal with their thoughts about war and military service. So, it won’t be quite a shock to find out that there are some of them who’s had experiences to relate to that reality. With that being said, we’ll take a look at this list of several rock stars who served in the military, an honor no one should ever erase.

Willie Nelson enlisted in the Air Force after he graduated from high school in 1950, but he was only able to serve for nine months before he was medically discharged due to back problems.

John Prine, a singer-songwriter, was working as a messenger in 1966 when he was enlisted to serve his country in the Vietnam War. The position he held as a mechanical engineer in the military had him stationed in West Germany.

Despite some detours along the way, Kris Kristofferson eventually became a successful songwriter. Kristofferson, the son of a two-star Air Force general, received a Rhodes Scholarship to attend Oxford and later became a captain in the United States Army.

In the midst of World War II, in 1943, a young B.B. King enlisted in the Army. Shortly after that, he was deported to Mississippi, where he drove a tractor, and was told to return home.

Ray Manzarek, keyboardist and co-founder of the Doors, enlisted in the Army Signal Corps in 1962 with the intention of becoming a camera operator. Instead, he was sent to Japan to train as an intelligence analyst with the Army Security Agency.

After completing basic training in 1961, Jimi Hendrix was stationed at Fort Campbell, Kentucky with the 101st Airborne Division. Previously, he had been living off stealing cars and getting into trouble.

Johnny Cash, like many other young men of his day, joined the Air Force after turning 18. After completing his first training, he was sent to Landsberg, West Germany to join the United States Air Force Security Service’s 12th Radio Squadron Mobile as a Morse code operator, where he was responsible for monitoring Soviet radio signals.

Similar to Jimi Hendrix, Jerry Garcia enlisted in the military rather than face time in prison for auto theft. Like Hendrix, he didn’t adapt well to his new surroundings and was let go from the program in 1960, less than a year after enrolling.

In 1966, when John Fogerty’s draft number was called, he went to the military recruiting office. He enlisted as a supply clerk in the United States Army Reserve. Following his enlistment, he attended basic training at Fort Bragg, North Carolina, and was then sent to Fort Knox.

Elvis Presley was at the height of his fame when he enlisted in the military in 1958. His management convinced him to serve as a regular soldier instead of joining Special Services, and this earned him the respect of both the military and the civilians who had previously seen him and his music as a danger to America’s youth.