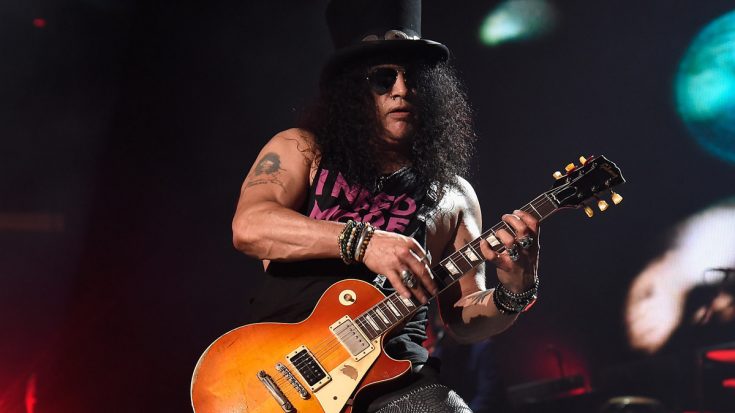 Guns and Roses wouldn’t be the same without Slash as their guitarist. On the other hand, it seems that maybe we wouldn’t know about Slash today if one album by one famous band hadn’t changed his life.

In a 2021 interview with Kerrang!, the GNR legend reflected on the beginnings of his love of rock and roll. “I was a big fan of music from as far back as I can remember,” Slash said. “I used to love going to gigs and seeing bands, and I was totally mesmerized by it all, but it never clicked with me to go and do that myself until I picked up a guitar because former Guns N’ Roses drummer and childhood friend Steven Adler had one.”

“I thought, ‘Well, he knows how to play guitar, so I should play bass to start a band,’” he continued. “Then I learned from a local music school that it wasn’t the bass I wanted to do at all; it was the lead guitar. All of a sudden, that set me off in this direction.”

Slash then proceeded to reveal the one rock band and the artist that prompted him to start his musical journey during his teenage years. “When you’re a teenager, regardless of how cool the music is that your parents are listening to, you start to discover your own. Aerosmith’s 1976 album Rocks was my pivotal influence back then. The band’s attitude and that sloppy, hard rock thing made me go, ‘Woah!’ Every musician has their ‘Woah!’ artist or record that blew their mind. That was mine.”

Released on May 3, 1976, Rocks is the fourth studio album by  Aerosmith. As stated by AllMusic, Rocks “caught Aerosmith at their most raw and rocking,” and is frequently mentioned as one of the band’s most cherished albums ever by fans.

Listen to Rocks playlist below.