The Rise Of Duane Allman And His Tragic Story 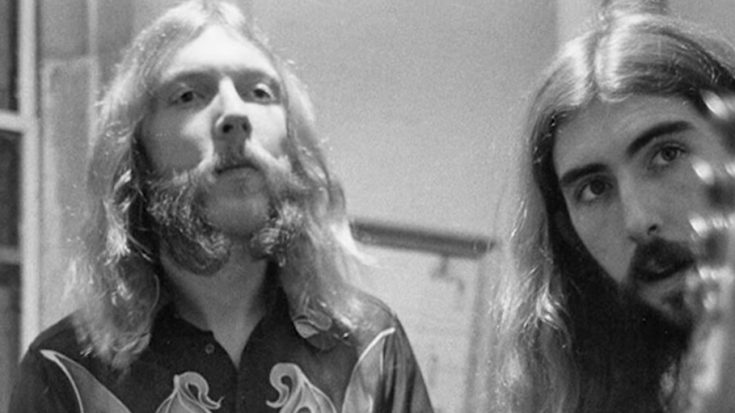 Before forming the Allman Brothers Band with Gregg Allman, Duane Allman was a notorious teenager making a ruckus at Daytona Beach, Florida when he got his hands on his first motorcycle. Gregg was the first one to grab a guitar for himself, which Duane played with a slide. He didn’t approve of this and almost always got the siblings into fighting. This would also inadvertently bring them together for a life in the music industry.

When Duane grabbed his own guitar, Gregg volunteered to give him basic lessons on which the former picked up fast and after a year of practice, the two became part of several bands until such time where they secured a contract in a band called Hourglass. The endeavor failed, however, due to strict creative control over the band.

The older Allman then moved on to become a session guitarist, finding success in recording parts for Wilson Pickett’s “Hey Jude”. While he was still doing session work, he slowly found the early version of the Allman Brothers Band with the freedom he found in his new contract. He rounded up Dickey Betts, Berry Oakley, Jaimoe Johanson, and Butch Trucks, frequently jamming together to find their groove. The final piece came with Gregg Allman, who was on the verge of committing suicide until Duane reached out and invited him to join the band.

The band finally made its debut on March 30, 1969, which is considered more or less the birth of Southern Rock. Once they pushed out their first album, the band was on a roll in releasing material, but much more so in their live commitments, amounting to hundreds of shows per sitting. This gave Duane the idea of capitalizing on their strengths of being a live act, on which their first live album would be recorded.

1971’s At Fillmore East boosted the band’s fame and popularity among fans, which allowed them to take a break from touring as the cash flowed in. But little did they know that it would be one of his final days. On October 29, 1971, Allman took a short ride on his motorcycle to visit Oakley in Macon. Just after he left Oakley’s, he met an accident on the road that left him severely injured and claimed his life later, even after major surgeries were done on him.

At the age of 24, just 2 years after he established the Allman Brothers Band, Duane Allman was no more.