Would You Forgive Nickelback For This ZZ Top ‘Sharp Dressed Man’ Cover? 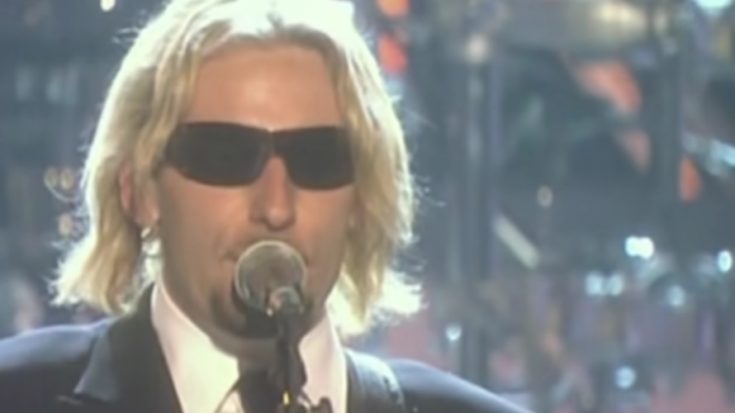 ZZ Top has surely rocked the wits out of its listeners with their comic yet spicy brand of rock. But one of their trademark tunes comes from the 1982 album, Eliminator.

“Sharp Dressed Man” convinced the crowd that the Texan rockers were just as sexy and sophisticated as their counterparts in crisp suits were. According to bassist Dusty Hill in a 1985 interview with Spin Magazine: “Sharp-dressed depends on who you are. If you’re on a motorcycle, really sharp leather is great. If you’re a punk rocker, you can get sharp that way. You can be sharp or not sharp in any mode. It’s all in your head. If you feel sharp, you be sharp.”

The music video is a sequel and picks up from the events of “Gimme All Your Lovin”, where the character finally gets access to the Eliminator, Billy Gibbons’ personal 1993 Ford Hot Rod.

“Sharp Dressed Man” is also one of the first ZZ Top songs that incorporated synthesizers in its arrangement. It complemented Gibbons’ unique guitar playing and allowed them to innovate their sounds without disappointing fans with an abrupt change. Gibbons called it “a successful marriage of a techno beat with bar-band blues.”

The song is also notable for its long and meandering solos, layered by two guitar tracks from a Fender Esquire and a 1959 Gibson Les Paul. ZZ Top had managed to snag a new fan base thanks to them moving away from the rustic Tex-Mex vibe and making Gibbons’ hot rod the centerpiece of their visual. He had been doing work on the car for several years and it was just pure luck and timing that it was finished just before the music video was filmed.

Here is alternative rock band Nickelback trying their hand at the song. Watch them perform “Sharp Dressed Man” below.