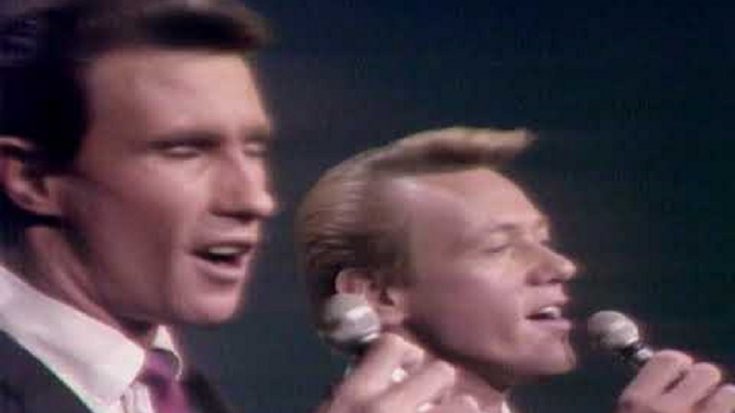 Seemingly one of the duos who popularized the 60s’ “blue-eyed soul,” the Righteous Brothers became one of the leading acts in the history of 60s music. Composed of the duo Bobby Hatfield and Bill Medley, they were known for their contrasting voices that helped them shaped such a distinct sound that no one could recreate.

Following their 2 moderately successful albums and a string of successful hits, they landed an appearance on the famous Ed Sullivan Show. They took the stage for the first and only time on November 7, 1965.

They may have worn matching outfits, but you better believe that the sound they produced was extremely different from the other. They performed three different songs namely: “Turn On Your Love Light,” You’ll Never Walk Alone,” and a jazzy rendition to “Yes, Indeed” with Miss Peggy Lee.

You can watch The Righteous Brothers’ performance of “You’ll Never Walk Alone” below.