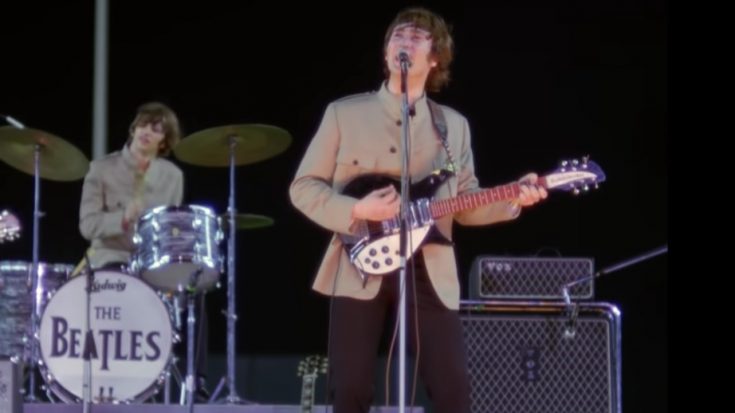 The Beatles’ classic “Eight Days A Week” has given the band one of its most successful songs ever, so why did John Lennon call their own song, “lousy”?

Just like any other song by the Fab Four during their early years, though, “Eight Days A Week” got its start in an encounter Paul McCartney had with a chauffeur. In the Beatles’ Anthology book, McCartney recanted: “John had moved out of London, to the suburbs. I usually drove myself there, but the chauffeur drove me out that day and I said, ‘How’ve you been?’ – ‘Oh, working hard,’ he said, ‘working eight days a week.’ I had never heard anyone use that expression, so when I arrived at John’s house I said, ‘Hey, this fella just said, ‘eight days a week.’ John said, ‘Right — ‘Oooh, I need your love, babe …’ and we wrote it.”

“We were always quick to write. We would write on the spot. I would show up, looking for some sort of inspiration; I’d either get it there, with John, or I’d hear someone say something,” he added.

It had been a tradition between the Lennon-McCartney partnership was that the title came first before the song was even made. “Once you’ve got a good title, if someone says, ‘What’s your new song?’ and you have a title that interests people, you are halfway there. Of course, the song has to be good,” McCartney said.

“Eight Days A Week” already showed hints of the Beatles’ evolving sound, evoking a grittier, more emotive sonic landscape that was neatly incorporated in the upbeat rocker. It was heavily processed in the studio, however, both Lennon and McCartney experimenting on what to add and remove from the song.

In a 1980 interview with Playboy’s David Sheff, Lennon said: “‘Eight Days A Week’ was the running title for Help! before they came up with ‘Help!’ It was Paul’s effort at getting a single for the movie. That luckily turned to ‘Help!,’ which I wrote, bam! bam!, like that and got the single. ‘Eight Days a Week’ was never a good song. We struggled to record it and struggled to make it into a song. It was his initial effort, but I think we both worked on it. I’m not sure. But it was lousy anyway.”

The masses thought otherwise, though, as it became their seventh No.1 single in America. It’s no surprise that the song was never played live by the band, however, given Lennon’s distaste for it.