The Real Stories Behind Ringo Starr And Paul McCartney’s Friendship 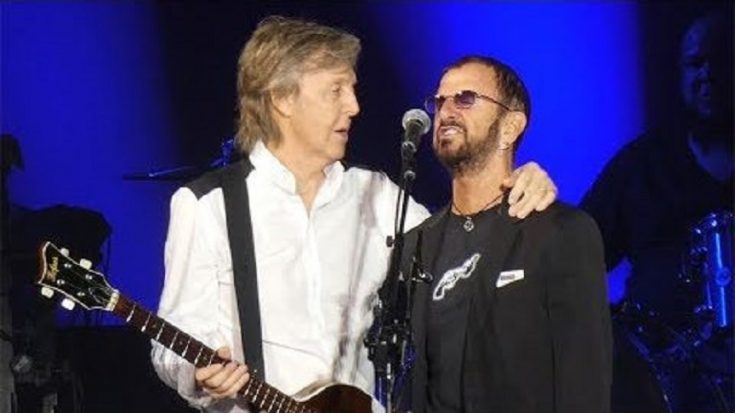 Being the only two surviving members of The Beatles, there’s a certain amount of understanding that Paul McCartney and Ringo Starr’s friendship have blossomed over the years. Both of them had held each other in high regard, and they’ve continued to maintain the legacy that the Beatles had left in this incredible world.

Aside from being colleagues and collaborators, these two are also great pals. Take a look at some of the stories to prove their everlasting friendship.

Each of them has a struggling life before

Both have lost someone at a very young age, with Paul losing his mother at the age of 14, and Ringo’s father left him at the young age of 4. Ringo also suffered from an illness in his youth. Although strengthened by the tragedies that the guys have experienced, it was Ringo who suffered the most.

They fight, but they make up almost instantly

A well-known example for this was during Ringo’s departure from the Beatles, due to Paul’s criticism of his drumming in “Back in the U.S.S.R.” the latter then assumed the drumming role but realized that the Beatles couldn’t go on without Ringo. So, they all made up.

Ringo’s first wife Maureen died in 1994, a piece of news that broke McCartney’s heart after realizing he lost a dear friend. He then proceeded to write a song about her, entitled “Little Willow.”

McCartney told Rolling Stone: “It was four corners of a square; it wouldn’t have worked without one of the sides. Ringo was the right angle.” Starr, as well, reciprocated how Paul’s workaholic attitude helped in creating all the albums: “We would not have made as many records if it hadn’t have been for Paul,” he said in an interview with Rolling Stone. “John [Lennon] and I lived very close, and we could get lazy. And Paul would call: ‘Hey, lads. Time we went back in the studio.’

In an interview with Howard Stern, Paul mentions Ringo Starr as the “greatest drummer in the rock & roll history” alongside Bonzo (Led Zeppelin) and Keith Moon (The Who) respectively. Starr, back in 2017, mentioned the talents of McCartney to Rolling Stone: “He’s incredible at singing too and as a writer, but for me, as a bass player, he is the finest and the most melodic. It’s always fun when we’re playing together.”