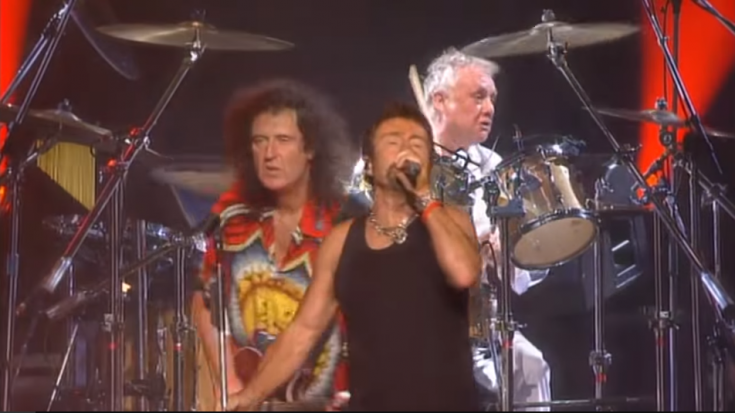 Ever since the death of legendary frontman Freddie Mercury, Queen has been in quite a lineup disarray. John Deacon ceased to appear in any Queen-related ventures, rendering the remaining members, Brian May and Roger Taylor crippled in manpower. The two musicians wished to continue the band’s legacy and their love for music, and has since employed The Who’s Roger Daltrey onboard for a tribute act. But after the brief series of shows, the band plunged into seclusion, appearing for only a handful of material ventures. In 2004 however, the band collaborated with former Free and Bad Company vocalist Paul Rodgers, under the name Queen + Paul Rodgers.

In the recent documentary The Show Must Go On: The Queen + Adam Lambert Story, guitarist Brian May and drummer Roger Taylor reminisce their days with the esteemed frontman.

Brian May recounts how the collaboration came to be, “Even though we were proud of what we had done, we didn’t want to go out there and be Queen again without Freddie. And it happened almost by accident, at an awards show I played with Paul Rodgers, who’s a hero of ours.”

“I remember coming offstage and Paul’s lady said, ‘Oh, you guys really seem to have a great chemistry, all you need is a drummer.’ And I went, ‘Well, I think I know a drummer.’ We ended up going all around the world a couple of times with Paul,” May continued.

After a working relationship that lasted for 5 years, the band had churned out one studio album and three live ones. When asked on how the collaboration closed to an end, Taylor stated, “He was his own man. He belonged in the blues-soul field, at which there were no better. Our stuff is a little too eclectic probably, so I think that’s why that came to an end.”