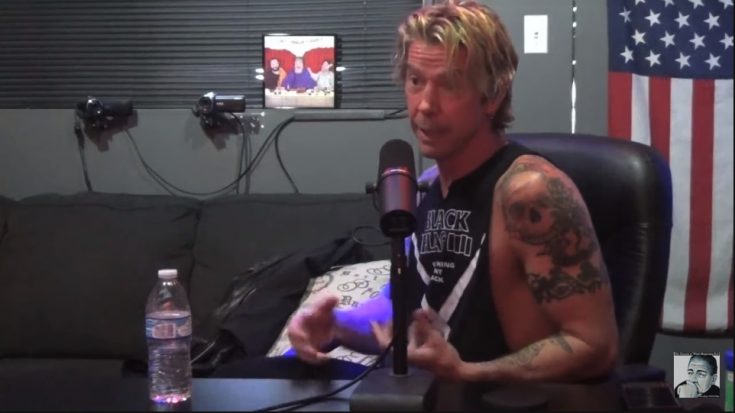 Back in 2016, AC/DC’s Rock Or Bust world tour had an unexpected turn of events, as Guns N’ Roses frontman started appearing on concert dates, and Brian Johnson being a no-show altogether. Turns out that Johnson has been suffering from hearing problems and was advised by his doctors to halt participation, or face the risk of permanent deafness.

Axl Rose answered to the call by telling the band about his plans of trying out for AC/DC. McKagan recounts how Rose approached them in this wholesome narration of events.

Axl goes, ‘I’m gonna go try and out and just see if they got a couple of months. It fits in with Guns N’ Roses’ touring schedule perfectly.’ Slash and I are, like, ‘You got the gig!’

But he went to Atlanta and ‘tried out’ and got the gig. I saw him twice on that tour; flew to London to see him, flew to Cleveland to see that… Axl was great.

I just think what it did for him, you know, we got to know Angus through that. Angus came out and played with us a bunch of times and that was I think that thing when you’re 14 or 15 when Axl was that age, like, ‘Man, if I ever got to be in AC/DC!’ You know, you’re singing with a broom and he finally got to do it.”

Watch the whole episode on the video below!

Looks like Axl has been holding to a longtime dream of his, and finally found exaltation upon this new opportunity. While haters and naysayers have every right to what they feel, it would be nice to give credit to Rose actually stepping up to the moment and delivering, which if not for him, AC/DC’s Rock Or Bust tour might’ve been a bust.