The Origins Of These 10 Rock Band Names 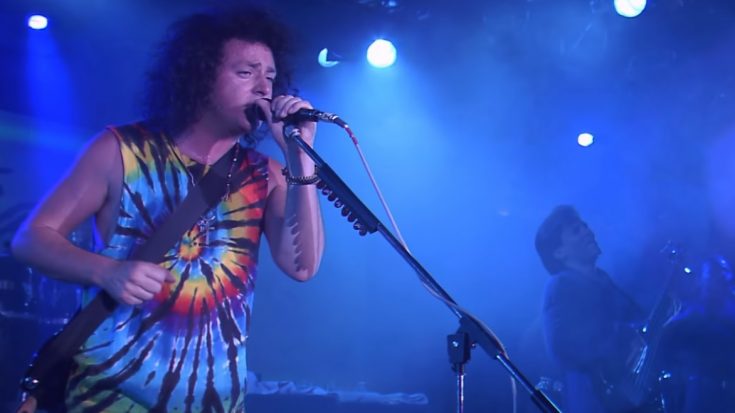 Coming up with a name for a band might have to be one of the most difficult decisions in a rock act’s career, which might be even more challenging to pull off than writing songs or naming albums. This is because a band is stuck with this name for the rest of their career’s run. With that being said, here are some unique origin stories from rock bands we know and love.

The heavy metal grandads didn’t alway really bear the name of menacing and impending doom. Black Sabbath started as Earth Blues Company, which was later shortened down to Earth. Hardly not anywhere near the horror their future name brought. They finally settled for the final band name after a 1963 film starring Boris Karloff and used it after being inspired by a newly-written haunting tune, thanks to Geezer Butler’s paranormal experience.

Cheap Trick got their band name after witnessing a Slade concert, where bassist Tom Petersson noted that the band used “every cheap trick in the book” as a part of their stage antics.

The British rock super trio Cream arriving at a conclusive band name was probably an egotistical decision, as it helped that the individual members already had names for themselves, to begin with. The name actually referenced that the band was the cream of the crop in the rock music scene.

Frontman Joe Elliot was fond of doing reviews for imaginary rock bands during his high school English class, with “Deaf Leopard” being one of these acts. Tony Kenning then suggested that they alter the spelling to make it less intimidating and hardcore.

The Doobie Brothers must be the bluntest name to go around with, especially when the members were a bunch of hippies living under one roof before making it big in music. A housemate of theirs suggested the name due to the band’s excessive use of weed at the time.

While on an acid trip, Jerry Garcia decided that it would be wise to consult a folklore dictionary for their band’s name. They settled with grateful dead, which referred to the soul of an unburied dead person who wished good karma on someone who volunteered for their eventual burial.

The band was already being barraged with suggestions regarding their name just hours after Steve Marriott left the Small Faces, where his suggestion of Humble Pie caught on with the consensus, counteracting the impending supergroup tag that the band was bound to get. Funny enough, the band almost went with Jerry Shirley’s pitch: Evil Cardboard.

Lyricist Peter Sinfield wasn’t too fond of the band’s previous incarnation, saying anything would sound better than the former name. So he referenced the fallen angel Beelzebub’s other title from John Milton’s “Paradise Lost”. “I wanted something like Led Zeppelin, something with a bit of power to it. King Crimson had arrogance to it,” Sinfield shared.

The legendary group didn’t really get the treatment they deserved when it came to choosing their brand, as they pitched nonsensical suggestions around. Some of the honorable mentions were No One, the Group, and even the Hair before Roger Daltrey finally came up with The Who in a whim.

Jeff Porcaro serendipitously wrote the band’s name on one of their demos just to be a marker on the tapes. Then-bassist David Hungate took notice of Porcaro’s scribbling, saying that “in toto” was Latin for “all-encompassing”.  It stuck with the band and was easy to remember, making it the final nail on the coffin for Toto’s brand.