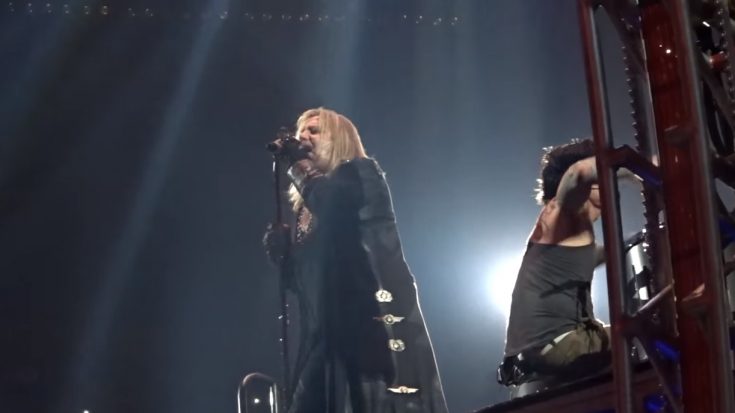 Let’s take a look back at the time where everyone thought Motley Crue really called it quits when it came to touring.

In January 2014, the band announced in a press conference that all of them had agreed upon signing the Cessation of Touring Agreement that would signal the “end” of their touring career. They played the final leg of their series at the Los Angeles Staples Center, marking the 164th date the band has played over the course of the tour.

The band played a fantastic show, but it did come with a few memorable moments caused by minor technical difficulties, like Tommy Lee being stuck mid-air on his Cruecifly Rollercoaster as it got stuck on the railings for a moment. Lee tried to keep spirits high by cracking jokes with the crowd, saying “Oh s–t, it looks like the f—in’ roller coaster’s broken. Did we break the s–t? I guess we broke it. What’s up, guys? I’m having the best time of my f—ing life, until right now.”

Vince Neil also got a bit emotional, thanking the fans and crew for the amazing support, “This is a crazy night. This is the last time you’re going to be seeing the four of us together onstage.” Of course, he would eventually eat those words back up in the near future, but that did it for the night right there. Then the string of performances continued until it came to the encore of the concert, where the guys played the final song, “Home Sweet Home”.