The Only Three Songs Jon Bon Jovi Wished He Wrote 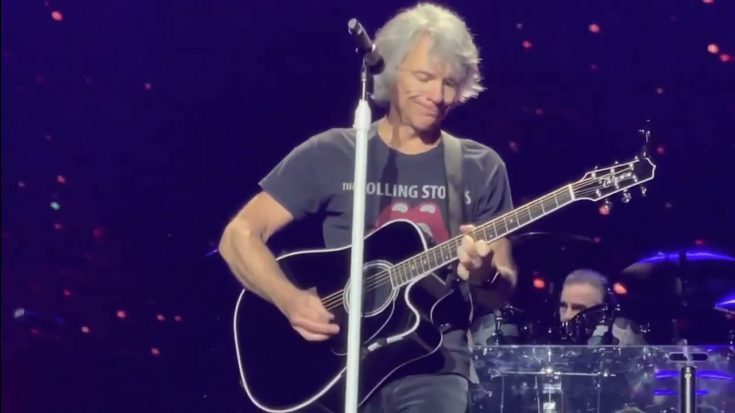 There are certain rock songs in this life that we wish we had written ourselves. Jon Bon Jovi, one of music’s well-beloved musicians, isn’t any exception to that feeling – and listed three classic rock songs that he desired of stamping his name on the songs’ credits.

A number of already-famous musicians were already making waves when Jon Bon Jovi formed his band, Bon Jovi. The Beatles, Pink Floyd, Bob Dylan, and The Rolling Stones, just to name a few, had all published a slew of albums full of songs that were all regarded classics. This was an opportunity to draw lots of inspiration from the already-established artists, but it also meant that the competition was far more aggressive than what was anticipated by him.

Bon Jovi penned some incredibly good songs, like “Livin’ on a Prayer,” “You Give Love a Bad Name,” and “It’s My Life.” These gems made the artist immensely famous, and are frequently played on any rock radio station in the world. Despite these, Bon Jovi gave respect to the classics by wishing he had written them.

In a 2010 interview with CNN’s Larry King, Bon Jovi remarked that the list of songs he wished he had created was timeless, and listed three classic rock songs that are impossible for people not to love.

“It’s timeless; it’s endless,” Bon Jovi told King. “It’s [Simon & Garfunkel’s] ‘Bridge Over Troubled Water,’ [The Beatles’] ‘Yesterday,’ and [Rolling Stones’] ‘Satisfaction.’ You can go up and down the list. There are a million of them. And you’re always trying to write the perfect song. I don’t think it ever comes for anybody.”

It’s obvious why the musician opts to pick these three; its impact on today’s music standards is still felt. To be known is good, but to be remembered is best.