The Oldest Living Rock Legends Of 2019 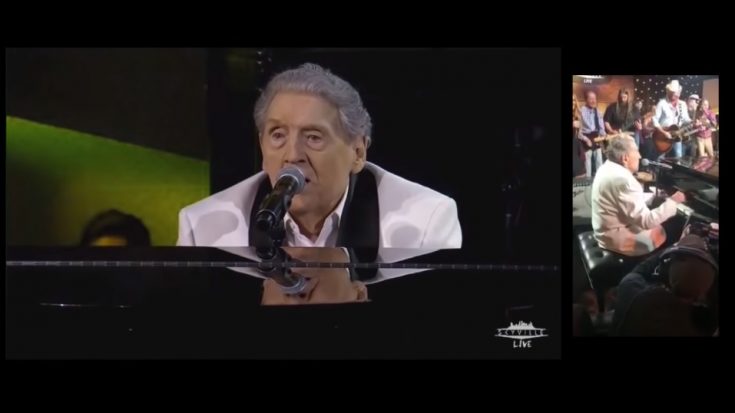 Nothing lasts forever. This universal truth has been proven time and time again, and human lives have been the most striking example of such. Even your favorite rockstar isn’t immune to the vicious passage of time, but some have fared on better than the others. These legendary icons contributed to the success of rock music in their heyday, and while they aren’t as vivacious now as they were in the past, the legacy they have created cannot be denied. Here are some of your favorite rockstars that have soldiered on and are still alive and kicking in 2019.

The original outlaw Willie Nelson has been churning out music ever since 1956, and has shown no signs of stopping. Nelson is known for popularizing the outlaw country genre, and is active with the advocacies of bio-fuel use and legalization of cannabis. Nelson was born on April 29, 1933, making him 86 years old this year.

One of the progenitors of rock n’ roll, which was just branching out from rhythm n’ blues, Lloyd Price contributed his part with the “Lawdy Miss Clawdy” and “Personality”, but was also business minded as well, establishing several record labels in the process. Price was boron on March 9, 1933, and is now aged 86, and continues to sing to this day.

One of rock’s earliest pioneers, Jerry Lee Lewis, or more popularly known as the Killer, was noted for his energetic and wild stage performances. His memorable “Whole Lotta Shakin’ Goin’ On” shot him to worldwide fame, garnering tour schedules overseas. Though Lewis’ life was riddled with controversy, it doesn’t deny his contributions to rock history. He was born on September 29, 1935, and is 83 years old this year.

Blues rock legend John Mayall continues dishing out performances at 85 years of age. Founder of the famous John Mayall and The Bluesbreakers, he has spun countless records with esteemed guitarists such as Eric Clapton, Jack Bruce, Peter Green, Mick Fleetwood, and Mick Taylor, among other legends. Known for being one of the most influential blues and blues rock musicians of all time, Mayall has been active for almost 63 years. He was born on November 29, 1933.

The Rolling Stones’ bassist Bill Wyman was known for his signature short scale bass and walking bass style on their performances, putting on quite a show with their energetic ensemble. Apart from this, he was also a photography enthusiast, and has been taking pictures along with his career with the Stones, till the present. He was born on October 24, 1936, and is now 82 years old.