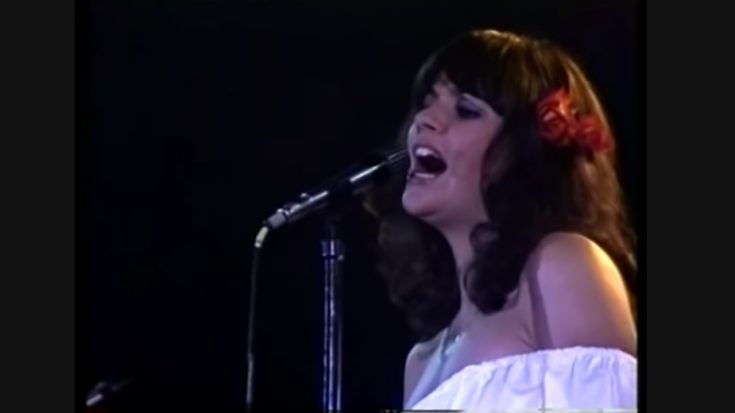 With an industry heavily dominated by men and a gung-ho machismo hanging thick in the air, one would not expect women to actually dive in the genre and break through successfully. These women were at the top of the food chain, and were at the forefront of the rock movement throughout the years. From bands to solo acts, these accomplished musicians churned out hits with their time in the industry, showing rock music has no gender. Here are some of the most influential and charming femme fatales that have graced the rock industry.

Annie Lennox is the charismatic half of the British duo, the Eurythmics. Known for her rich and deep vocal register, Lennox’s work in their hit “Sweet Dreams (Are Made Of  This)” was widely impactful, reinforcing the women in rock with lower ranges to push through. Lennox’s androgynous image gives that distinct swagger only she could pull off.

Leading the new wave charge was Blondie’s Debbie Harry. Her casual, yet cool image is paired with a charismatic voice that also represented punks in the 80’s. Her blonde hair even led people to believe her name was Blondie, causing confusion for followers of the band. Most known for “Heart Of Glass”, Debbie Harry was surely a force to be reckoned with in her time in rock.

Who doesn’t recognize this true rocker beauty? Joan Jett, with her jet black hair and photogenic features, became one of the top women icons in rock’s history. With that signature thin, raspy vocal, Jett popularized the revived “I Love Rock And Roll” to the charts with relative ease.

One of the true queens of rock, Stevie Nicks has seen success in Mac and solo ventures. A prime force in rock history, her iconic growl-laden voice shot Fleetwood Mac to mainstream attention. Despite the drama that surround her life, Nicks has successfully overcome these challenges, and continues to perform til today.

Hard rock icon Ann Wilson sought music as a way of coping with stuttering. She was considered as one of the best vocalists in the genre, and it isn’t hard to see (or hear) why. Her amazing soprano vocal range was utilized rather well in her time with the band, and has recently announced their exit from the hiatus period of the band.

A true blues legend, Bonnie Raitt was more than a pretty face with a magnificent voice. The musician was also an accomplished guitarist as well, making for a complete ensemble within herself during performances. Raitt popularized the hits “Something to Talk About” and “Love Sneakin’ Up on You”, and has since been awarded 10 Grammys throughout her career.

Punk rock legend Patti Smith is considered the punk poet of the rock scene, primarily due to her masterful lyricism that highly take on the form of poetry. Her almost regal yet rebellious tone set her apart from contemporaries, and popularized tracks such as “Because the Night” and “Gloria”.

Beneath Suzi’s girlish charms was a woman that was born to rock. An accomplished bassist, Suzi Quatro also sang lead vocals, prominently on her tracks such as “48 Crash” and “Daytona Demon”. One of the more underrated figures of women in rock, Quatro dominated in her own field nevertheless.

Pat Benatar’s chic rocker ensemble and rich vocal quality was all she needed to take to the skies. One of the most prominent vocalists of rock, Benatar also tried acting in her free time. She was a feminist at heart, and became one of the advocacy’s icons that became the inspiration of women who wanted a place in the industry as well.

One of the few women who dove into psychedelic rock as part of her ensemble, Grace Slick was at the forefront of the movement in the 60’s. Known for her time with the Californian band Jefferson Airplance, Slick shared the vocal limelight with fellow bandmate Marty Balin, before being split into two groups, changing their name into Jefferson Starship. Slick is known for her contribution in “Somebody to Love” and “We Built This City”, among other Jefferson greats.

Founder of the rock act The Pretenders, Chrissie Hynde has been rocking it out for almost five decades. Taking the lead as the only female, and most consistent member, Hynde’s indispensable vocals became tied to the band’s sound all throughout. Hynde didn’t need to go higher to get noticed, with her laid-back style adding to the act’s charm effectively.

Linda Ronstadt was the epitome of an all-rounder. Timeless beauty, vocal range that was all-encompassing, and a successful career, contemporaries envied this work of art. Known for hits like “You’re No Good”, “Blue Bayou”, and “Don’t Know Much”, Ronstadt carried on to achieve multiple Grammys and other institution awards. It’s heartbreaking that Parkinsons has taken her singing ability away.

Emmylou Harris is a multi-Grammy awardee for her work in the country/folk/rock industry, with that crystal clear voice that evoked a serene atmosphere for listeners. She is known for collaborations with Gram Parsons, The Hot Band, and Trio, with Dolly Parton and Linda Ronstandt. Just as her career, Emmylou Harris’ beauty is timeless as ever, still showing no signs of deterioration even at 72.

The young queen of rock became one of the figures of Hippie culture, with that no-nonsense brashness that fit in with her personality quite well. Joplin’s hard-hitting vocal rasp earned her a place as one of rock’s most distinct voices. The iconic Monterey Pop Festival performance shot her to stardom, and enjoyed almost a decade of fame, before succumbing to an overdose at the mere age of 27.

The Runaways’ Lita Ford was a rock legend for teenage girls in the 70’s. Brandishing her lead guitar like a boss, Ford fueled the hard rock sound of the band, which didn’t last for long, however. Ford went on to have a successful solo career and adapted a pop-metal sound, with collaborations from Nikki Sixx of Motley Crue, up to Ozzy Osbourne. Ford is considered to be one of the most influential female vocalists/guitarists of all time.