The Most Epic Classic Rock Songs Ever Created 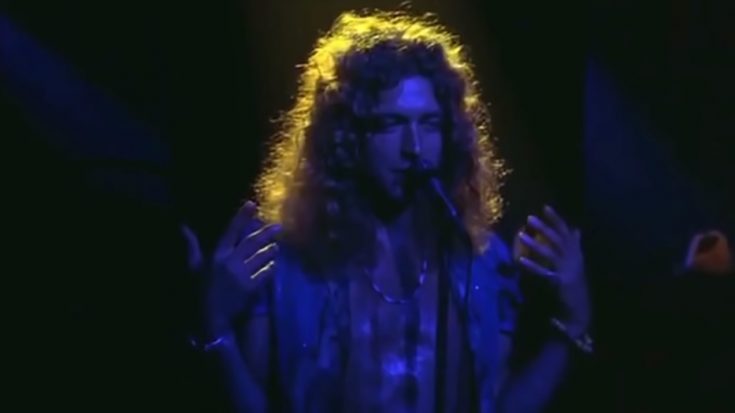 But what exactly does it take to be epic? Is intricacy? Melodically harmonious arrangements? Or just pure rocking rawness? Whatever that is, these quintessential rock tracks have helped build and develop the genre’s proliferation throughout the years. Whether it be a story to tell, or just becoming part of a fan’s everyday life, these classic rock hits are sure to hype you out everytime they play. Buckle up for some of the most epic classic rock songs ever written and composed!

Inspired by the 7th century Arabian love story about a young man who went head over heels for a beautiful young woman, but went crazy, voiding him the chance of marrying her. This was further reinforced by Clapton’s unrequited feelings for George Harrison’s then-wife, Pattie Boyd. Intended as a solemn ballad at first, it was Duane Allman’s signature riff that turned the record into a rocker.

Who would’ve thought that the juvenile hard rock outfit would come out with a power ballad. Axl Rose made the track possible by coaxing the opposition brought on by Slash and Duff McKagan to join along. The result is heart tugging piano progression with a vicious solo to boot.

Considered as the true progenitor of heavy metal, this 17 minute jam by Iron Butterfly was quite normal by their standards, albeit the band made well-structured tracks too. Popular lore behind the song tells the story of vocalist Doug Ingle wrote the song after imbibing a gallon of Red Mountain wine, slurring so hard “in the Garden of Eden” became “In-A-Gadda-Da-Vida”.

This seminal track by one of the most individually-talented bands of all time, “Hotel California” surely caught the attention of the masses. With an almost mystical progression going on and highly vivid lyricism, the track became a staple in radios worldwide. Its charm inherently lies on the fueled guitar solo that spans almost a third of the song, the guitar singing along on its lonesome.

A tribute to their fallen comrade, original founder and vocalist Syd Barrett, SOYCD was crafted when the band was at an all-time low. Considered by them as a period of creative slump, Pink Floyd crafted some of the heaviest and emotional melodies of their career, tackling music industry issues while giving homage to Barrett. Broken into two parts, SOYCD is an emotional rollercoaster for those who know the true history behind the band.

From the quintessential Sgt. Peppers catalog, “A Day In The Life” features inspiration from newspaper headlines, with the avant-garde style progression featuring orchestral glissandos that were unique even for the Beatles. Nicholas Schaffner says its “use of dynamics and tricks of rhythm, and of space and stereo effect, and its deft intermingling of scenes from dream, reality, and shades in between”.

A highly unusual format for country and pop legend Bob Dylan, “Desolation Row” featured 11 minutes of pure entropy and chaos unfurling in musical progressions, paired with his poetic lyricism, painted an image of decadence in the city gutters, even interpreted by some as containing slight political commentary.

The lengthy southern rock jam by the band starts of as an easygoing acoustic progression, indulging in the moment as every note goes by. Not before long, the wild, highly energized part unveils itself, the song bringing the song of freedom in its broadest sense to the airwaves. Initially crafted by then-roadie Billy Powell, the song was eventually finished part by part to become one of the greatest rock records of all time.

Freddie Mercury’s masterpiece was brought to life by the equally talented members of Queen, the rock opera of sorts a rollercoaster ride that was fresh yet enticing at the same time. Vocal harmonies, serene piano parts, and equally headbanging rock progressions summed up the band’s musical creativity in one track.

The medieval-themed arrangement from the greatest hard rock band is considered to be their magnum opus. Tasteful guitarwork by Jimmy Page, John Paul Jones’ bass and recorder accents, John Bonham’s explosive personality on the kit, and Robert Plant’s otherworldly wails bring out the charm of the tracks ever-increasing pace and modulation, making for a true classic rock hit that’s timeless.