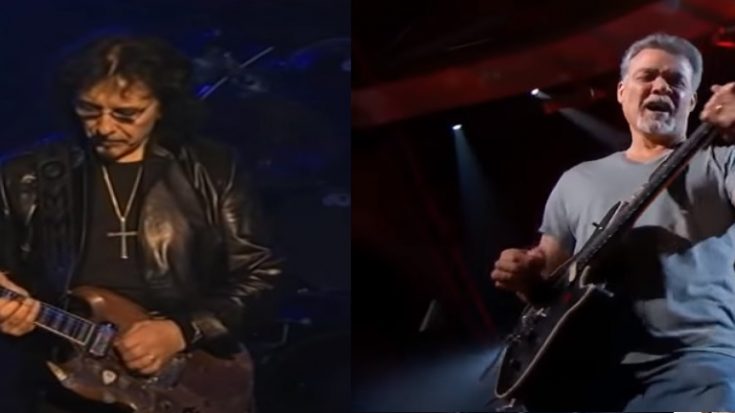 When it comes to promising friendships that emerged from the same rock industry, Black Sabbath’s Tony Iommi and Eddie Van Halen are among the top picks. But when Van Halen unluckily died from a sudden stroke last October 2020, Iommi knew very well they’ll be sharing Eddie’s final moments in life, by the time he received an email from his friend.

Iommi addressed the details in an interview from Spin not so long ago. He blurted out that it was a matter of time. Iommi said, “The last email was just before he went into hospital the last time and it was really… You know, some of the words were mixed up, he was obviously sedated or something. But that was the last one I had from him.”

He dotingly recollected some of the precious moments he shared with the late rockstar. Oftentimes, when the time and location allowed them, they’d go to dinner together and nitpick about their respective bandmates, talking about each other’s music and life in general. Iommi further acknowledged Van Halen’s son Wolfgang was a recurring topic for the both of them, stating that Eddie idolized his achievements.

Asked if he was on-board with playing the skillful style his late friend did, Iommi chuckled, saying “No, in a word! I mean, he was so good. And he got absolutely amazing at that stuff.” He continued to explain that he cannot do such because it was not his way of playing the guitar, and others might press the idea of him copying Van Halen. “What he did was just brilliant,” he concluded.