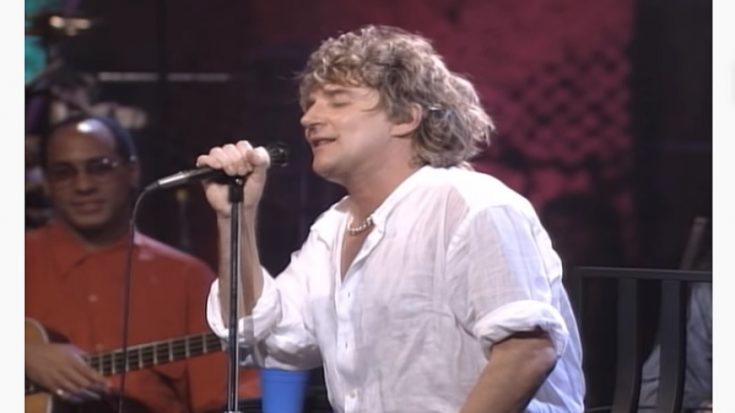 Among the greatest of the greats, Sir Rod Stewart knows how to deal with his game of fame and fortune. As his career takes its ride, he never failed to sustain music that will forever be engraved inside our hearts. And his song called “Maggie May” is among the favorites.

Back in the year 1993, Stewart performed his first and only appearance in the show MTV Unplugged that gave rise to the release of his second live album called Unplugged… and Seated. The show exposed us to a lot of Stewart’s strengths while performing on stage, how pleasant he looks in the spotlight, and how comforting it is for him to sing his heart out in front of the audience. It is also quite difficult to see him restlessly seating as we usually see his zestful movements as an essential part of his performances. Stewart, along with his former Faces bandmate, Ronnie Wood, helped him performed the live show for the first time since they collaborated in 20 years. The singer was then greeted with a lot of cheers when he began to sing “Maggie May”, a true-to-life song based on his experiences. One of his greatest live performances to date, Stewart gave us a tease when he performed a minute-long intro that was poignant and fulfilling to hear. The song achieved its melody after, making the audience yell for joy and satisfaction.

You can watch the full video here