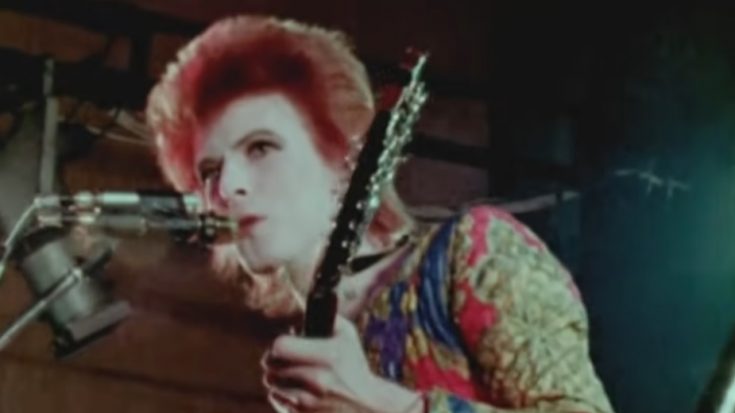 David Bowie is an international rockstar who is a masterpiece himself. Of all the good things he has contributed to the world of rock-and-roll; arguably his most famous creation to have ever existed was his album called Ziggy Stardust and the Spiders from Mars was indeed a favorite among all. This gave him the ticket to the soaring stardom he desired from the beginning. A true show-stopper, Bowie went to lengths to create a mind-blowing gem full of conceptual mystery and flamboyant tenets that will never be forgotten. But what makes the album so great?

5. Bowie created the titular character Ziggy Stardust with a lot of people in mind.

Bowie gained help from his then-wife Angela to create something of a person with a unique characteristic. He used the legendary Stardust Cowboy as an inspiration for the name, while Vince Taylor’s persona became the backbone of Bowie’s character. He was also influenced by designer Kansai Yamamoto, thus inferring Bowie’s touch with the Asian culture in his album. As the singer suggested, his character was a “compilation of many things.”

4. Ziggy Stardust received a plaque of honor — even though he wasn’t real.

The cover photo of the album was David Bowie dressed as Ziggy Stardust, and standing outside furriers, K. West, located at 23 Heddon Street, London. In 2012, Ziggy was among the few fictional characters who were given a plaque honoring his outstanding work. It was hung at the very place where the sign K. West was hung.

3. The album was a major influence on the rise of Glam Rock.

Glam Rock bands like T-Rex, Suede, etc. have all acknowledged Ziggy Stardust to be a major inspiration for their personas arising. For anyone’s information, glam rock is a subgenre of rock characterized with flamboyant behaviors, extravagant costumes, and confusing sexual ambiguity— all of which connect to Ziggy Stardust’s identity.

2. It was voted as the “gayest album of all time.”

A poll initiated by Out.com asked the fans what is the gayest album ever to exist at this point, and the answer all went down to this album. With Ziggy’s oozing sexuality topped with everything flamboyant at that time, as well as a remarkable symbol to the rise of activism for lgbtq+ rights, it is with no doubt, a significant one for everybody.

1. David Bowie created this album to deal with his issues regarding his mental health.

As a student of theatre acting, Bowie would often create characters to avoid insanity from all the struggles he had to deal with personally. He once said, “As long as I could put those psychological excesses into my music and into my work, I could always be throwing it off.” Ironically, Ziggy Stardust would often lead him to madness as sometimes he can no longer identify what is real or not. He was eventually scared for what he had made, and retired his persona, finally doing his last performance as Ziggy on July 3, 1973.